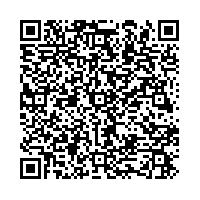 Subscribe to news
(PresseBox) ( Le Bourget, 09-06-17 )
At the centenary celebrations of the Paris International Air Show at Le Bourget, and in the presence of Patrick Devedjian, the Minister responsible for France's Economic Stimulus Plan, Philippe Harache, Senior Executive Vice-President of Eurocopter, and Dominique Maillard, Chairman of the RTE Management Board, the public electricity transmission system operator today signed a contract worth €9m. By signing up to replace part of its fleet from this year, RTE is extending its commitment under the Economic Stimulus Plan. The European helicopter manufacturer Eurocopter, a division of the EADS Group, will supply RTE with a total of four aircraft: three single-engine "Ecureuils" (two B2s and one B3s) and one twin-turbine EC135. These helicopters will all be equipped with Turbomeca (Safran Group) engines.

RTE, one of Eurocopter's longest-standing customers, has selected the firm's Ecureuil and EC135 machines, for their ability to carry out painstaking work in complete safety.

World-renowned as a specifically French area of expertise, helicopter-based services and work represent a specific aerospace activity at RTE, dedicated to monitoring, maintaining and building high and extra high voltage power lines. Altogether, RTE has twelve pilots with total flight time of 240,000 hours, equivalent to almost thirty years of non-stop helicopter flying. Due to the nature of their work and RTE's operations, the company's helicopter pilots are among the most experienced in the world. One has now accumulated close to 25,000 hours' flight time. Three others have over 20,000 hours each. On average, the pilots have 15,000 hours' flight time in helicopters, a substantial figure. A team of thirteen specialist mechanics maintain RTE's fleet of nine aircraft.

With a design office staffed by a team of ten engineers, RTE has pioneered and patented some innovative techniques using helicopters to work on power grid infrastructures. These techniques are a real source of added value, particularly where they allow improved levels of safety and speed compared with ground-based operations. The expertise involved is regularly used by transmission system operators in other countries.

RTE's heli-based operations are the only service in the world that lets technicians - known in France as "lignards" - working from cradles suspended from helicopters, perform maintenance operations on power cables under live-line conditions (from 63,000 up to 400,000 volts). At present, some 80% of heli-based work on the public power transmission system is done under live-line conditions. This allows RTE to ensure the continuity of the power supply, in line with its public service missions and in complete safety, whilst significantly reducing maintenance costs. This pioneering approach means the equivalent of one thousand days of power line outages are avoided every year, whilst intervention times on maintenance operations are divided by 15.

In line with the French Government's economic stimulus plan, RTE is increasing its investment by 23% in 2009 compared with last year. The programme of network investment is set to total €1,030m in 2009, breaking the one billion euro mark for the first time since the company's creation in 2000. This effort will be maintained in 2010. In 2009, these investments will sustain over 4,000 jobs in France in engineering and construction firms working for RTE under subcontract agreements, with around 500 of those being new jobs. Also under the stimulus plan, expenditure on RTE's programme to physically secure the power network will be speeded up with additional investment of €50m in 2009.

RTE is the French electricity transmission system operator. It is a public service company responsible for operating, maintaining and developing the high and extra high voltage network. It guarantees the reliability and proper operation of the power network. RTE transports power between electricity suppliers (French and European) and consumers, whether they are electricity distributors (ERDF and the local distribution companies) or industrial consumers directly connected to the transmission system. With 100,000 km of lines between 63,000 and 400,000 volts and 45 cross-border lines, the network operated by RTE is the biggest in Europe. In 2008, RTE posted turnover of €4,221m and currently employs around 8,500 staff.

Established in 1992, the Franco-German-Spanish Eurocopter Group is a division of EADS, a world leader in aerospace, defence and related services. The Eurocopter Group employs approximately 14,000 people. In 2008, Eurocopter confirmed its position as the world's number one helicopter manufacturer with turnover in excess of €4.5 billion, orders for 715 new helicopters, and a 53% market share in the civil and para-public sectors. Overall, the Group's products account for 30% of the total world helicopter fleet. Eurocopter's strong worldwide presence is ensured by its 18 subsidiaries on five continents, along with a dense network of distributors, certified agents, and maintenance centres. More than 10,000 Eurocopter helicopters are currently in service with over 2,800 customers in 140 countries. Eurocopter offers the largest civil and military helicopter range in the world.