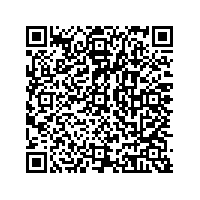 Subscribe to news
(PresseBox) ( Marignane, 08-10-13 )
HeliSim and Eurocopter officially inaugurated the first EC225 Full Flight Simulator (FFS)in Marignane, France, on October 10th. The addition of this new FFS to HeliSim's scope of simulators further enhances Eurocopter's commitment to reinforcing its training capabilities for its customers, with flight safety being a top priority to the company.

Guy Dabadie, CEO of HeliSim, stated, "Our strategy is in tune with Eurocopter's reinforced commitment to improving flight safety by providing simulated alternatives to real flight. We are fully dedicated to enlarging our service offer and ensuring our FFSs are in place at the right price for Eurocopter's customers. Due to the quickly increasing number of EC225s in the oil and gas market, we have installed the first EC225 FFS at our HeliSim facility. It is now fully operational."

The EC225 FFS is to be qualified to Level D according to JAR FSTD 1H standards. It includes a full-motion system with six degrees of freedom, an instructor station, simulation of all systems and optional equipment solutions, avionics system and full replica of the EC225 cockpit, sound system, original OEM (Original Equipment Manufacturer) simulation data package and a visual system field of view of 200° horizontal and 60° vertical daylight/dusk/night. The visual database features detailed airports, heliports, helipads and platforms as well as realistic 3D moving models and full correlation between databases.

The FFS guarantees the most representative synthetic EC225 and the latest aircraft configuration, with through-life upgrades, based on a Eurocopter data package and flight loop software using genuine aircraft manufacturer software. This unique simulation data package is the key element of Eurocopter's stringent policy to accept no compromise on safety, which to a paramount degree depends on first-class training. Flight profiles will be adjustable to any customer's mission profile and any working environment.

HeliSim was officially opened in February 2002 and is jointly held by Eurocopter, Thales Training & Simulation and Défense Conseil International. It already operates four simulators for the AS365 Dauphin, the EC155, the AS332 Super Puma L1 and L2. The EC225 FFS is its fifth. In 2007, HeliSim extended its facility to accommodate a Flight Training Device (FTD)capability. If required by the customers, all of HeliSim's helicopter cabins can also be utilized in FTD mode.

In 2009, HeliSim will add another high-end device to its capabilities: a NH90 Full Flight Simulator. Since its inauguration, HeliSim has annually trained 2,400 pilots from 62 countries, performing 10,000 flight hours per year, and is proud to have a customer base of 115 operators from all over the world.

Eurocopter, as one of HeliSim's shareholders, has always had a strategy of being near to its customers with local support and services, and this strategy has given the Group a strong presence worldwide. Reinforcement of these services is continuing, with an even greater emphasis on investment in training. In addition to the top-of-the-range FFSs found in HeliSim and in direct response to customer feedback, Eurocopter is investing in FTDs elsewhere in the Group. This action will bring training solutions closer to its customers. There are now two FTDs available for the EC135 helicopter, one at Eurocopter's Donauwörth facility in Germany, the other at American Eurocopter in Dallas. This latter device can also perform EC145 training. By mid-2010, there will be an EC225 FTD in Aberdeen, UK. A second one in South East Asia will arrive about six months later. This FTD localisation policy will extend to other aircraft programmes such as the AS365 Dauphin and the EC175 as well. Indeed, the EC175 will be the first Eurocopter programme to have a simulator available from the very beginning.