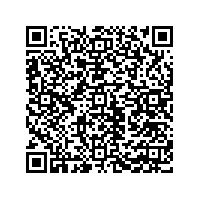 Eurocopter delivers the first EC120 B Colibri helicopter to HeliDax

(PresseBox) ( Marignane, 08-10-28 )
Eurocopter delivered in its Marignane site, the first EC120 B Colibri helicopter to HeliDax, the company selected by the French Ministry of Defense in 2007 to provide up to 22,000 helicopter flight hours for the Army's light aviation (EA.ALAT) school in Dax located in the southwest of France.

The EC120 B Colibri will replace the current fleet of Gazelle (SA341 and SA342) helicopters. This is the first of the batch of 30 EC120 B helicopters (plus 6 options) which will be delivered until 2010. The first EC120 B helicopter will enter into operation in 2009.

This contract which is valid for 22 years is funded by an innovative financing solution of "Public Private Partnership" nature, whose main advantage is to allow for savings on operating and finance costs by eliminating the need for procurement and ongoing maintenance.

The EC120 B Colibri - the worldwide reference for training missions

The EC120B Colibri helicopter of which more than 600 units are currently in service in 50 countries, is selected by military and civilian training schools worldwide such as in Spain, Indonesia and Singapore.

Within the scope of the public-private partnership, DCI and Proteus created Helidax, a company with a 15-million euros capital whose head office is in Dax.

Défense Conseil International (DCI) is a company specialised in training, consulting and assistance activities for the armed forces of allied countries to whom it transfers the know-how of the French Armed Forces. Since 1991 DCI has been in charge of supporting a foreign military helicopter fleet and this contract reinforces its partnership with the French Army, representing an opportunity to place its training activities directly for French Defence in a long-term position.

Proteus Hélicoptères, owned by Spanish group INAER, is an air transport company and medical transport leader in France. This contract represents an important standing change for this company as regards its personnel as well as its business sector.