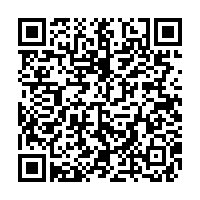 Subscribe to news
(PresseBox) ( Darmstadt, 12-07-06 )
At 23:36:07 CEST (18:36:07 Kourou time), MSG-3 was successfully launched from Kourou, Europe's Spaceport in French Guiana, on an Ariane-5 launcher to replace the ageing Meteosat-8 and secure continuity of the operational services from the geostationary orbit.

The Meteosat service from geostationary orbit covers the European and African continents and parts of the Atlantic and Indian oceans where tropical cyclones develop.

The geostationary Meteosats also provide a unique observational input to Numerical Weather Prediction models, complementing those delivered by the polar-orbiting Metop satellites, and have already accumulated more than 30 years of climate data records.

The EUMETSAT Director-General congratulated the launch service provider, Arianespace, and the ESA and CNES teams at the Guiana Space Centre in Kourou for another excellent launch service. He also thanked all the teams who prepared the satellite and ground systems for launch, from EUMETSAT, ESA, the European industrial consortium led by Thales Alenia Space, which built the satellite, and from the Rutherford Appleton Laboratory which delivered the GERB instrument.

The MSG-3 satellite will now be brought to its final geostationary orbit by the ESA Space Operations Centre which performs the so-called Launch and Early Orbit Phase operations on behalf of EUMETSAT, until the handover of the spacecraft to the operations team of EUMETSAT, about ten days after launch.

After the handover to EUMETSAT, the commissioning period will begin. It consists of a two-month phase for satellite check out and assessment; followed by a four-month phase for imaging and product testing, including calibration and validation activities. The release of the first image generated by the SEVIRI imager on board MSG-3 will be an important milestone in the second week of August.

EUMETSAT operates the geostationary satellites Meteosat-8 and -9 over Europe and Africa, and Meteosat-7 over the Indian Ocean.