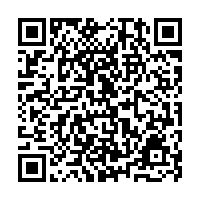 Subscribe to news
(PresseBox) ( Darmstadt, 09-07-27 )
A little over a year after its launch on June 20 2008, Jason-2 remains fully operational and continues to exceed expectations. After a 6-month cross-calibration phase, Jason-2 moved into the orbit of its predecessor, Jason-1. The two ocean-observing satellites have since doubled ocean data coverage by flying on parallel ground tracks until Jason-1 finally reaches the end of its mission life.
Case study: The Gulf Stream region

By comparing absolute dynamic topography images of the Gulf Stream region as seen by one satellite only (Jason-2, top half) and by both satellites in tandem (bottom half) over a six-day interval it quickly becomes evident that eddies are recorded in far greater detail. Transitioning is also smoother when both satellites are working in tandem, along with a reduction of formal mapping errors from 60% to 20% of signal variance.

In March 2009 the area around upper Zambezi river and its tributaries saw the worst flooding in fifty years. The waters of the Okavango delta in Botswana reached their highest levels since 1939, displacing hundreds of thousands of people in Angola, Namibia and Zambia.

Monitoring river and lake levels was not initially intended as an application of altimetry. However, the Jason-2’s altimeter capability to monitor such levels and the high interest in such applications quickly demonstrated its usefulness for observing localised flooding. An ongoing Cnes project to process altimetry data for coastal and hydrology applications ("Pistach" project) provides data over the region, giving access to the surface elevation beneath Jason-2’s tracks every 10 days. See the Aviso website for detailed imagery.

The DUACS system was modified to integrate Jason-2 data as a reference mission. After a successful experimental phase conducted during Jason-1’s temporary absence in August 2008, Jason-2 became the definitive reference mission system on January 21, 2009. After Jason-1 was moved to its new orbit the received data were reintegrated in DUACS.

Jason-2 is the continuation of the existing successful cooperation between the United States and Europe. It is a global endeavour with responsibilities for satellite development and launch shared between CNES and the US National Aeronautics and Space Administration (NASA).

CNES and the US National Oceanic and Atmospheric Administration (NOAA) are responsible for satellite operations, while the Jet Propulsion Laboratory manages the mission for NASA. Data processing is carried out by CNES, EUMETSAT and NOAA, depending on the type of product, with EUMETSAT acting as an interface for near-real-time product distribution to European users.