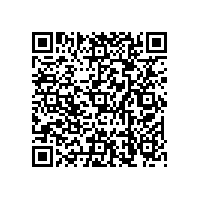 Subscribe to news
(PresseBox) ( Düsseldorf, 13-03-27 )
ERGO Insurance Group will be presenting its results for the 2012 financial year at today's balance sheet press conference. The Group result stood at 289 (349) million euros after taking into account provisions put aside for restructuring the German sales organisations. At 18.6 (20.3) billion euros, total premium income was down by 8.4 per cent on last year. This was mainly due to disposals and fewer single-premium life insurance policies.

Torsten Oletzky, Chairman of the Board at ERGO, commented on the financial year as follows: "2012 wasn't an easy year for ERGO, but we have made headway with many topics. This is also demonstrated by the pleasing rise in our operating result. We are expecting major stimuli in 2013 as a result of the launch of the new life insurance product as well as from the restructuring of our sales organisations."

The investment result rose sharply by 27.8 per cent to 5.3 (4.1) billion euros in the 2012 financial year. This improvement was largely due to the lapse of adverse effects from the previous year. This includes write-downs on Greek government bonds and negative figures resulting from unrealised gains and losses in unit-linked life insurance. The majority of our investments, amounting to 125 (117) billion euros, have been made in a broad range of fixed-interest securities and loans.

In the life insurance (Germany) division, premium income dropped by 4.1 per cent to 4.8 (5.0) billion euros. ERGO is very cautious about offering single-premium policies in light of the environment of low interest rates. Consequently, single-premium policies have suffered a decline, down by 11.5 per cent to 939 (1,061) million euros. New business based on regular instalments fell by by 2.0 per cent to 307 (314) million euros. The economic uncertainty and technical interest, which has been cut to 1.75 per cent, have made themselves felt here. Based on APE (annual premium equivalent), new business was down by 4.4 per cent.

In the health division, premium income written had fallen by 17.4 per cent as a result of the sale of the international health insurance companies to Munich Health Holding AG in 2011. The remaining German business recorded a slight rise, up 0.5 per cent to 4.93 (4.91) billion euros. This is reflected by a pleasingly low adjustment of premiums for our customers in 2012. At 176 (225) million euros, new intakes were 21.6 per cent down on the previous year, which was positively influenced in particular by the abolition of the 3-year changeover limitation period.

Gross premium income written in the domestic propertycasualty division was up by 1.6 per cent to 3.14 (3.09) billion euros. Commercial/industrial insurance business grew the most at 6.0 per cent. In the area of private property insurance, a 1.9 per cent increase was recorded in premiums and a 0.4 per cent rise in motor insurance. By contrast, legal protection insurance (-0.4 per cent) and accident insurance (-1.6 per cent) suffered a slight downturn in premium income.

The combined ratio for domestic property-casualty insurance stood at 95.8 (94.4) per cent in 2012. Improvements in motor insurance were up against high levels of frost damage from the late cold snap in February and some random major claims in summer. ERGO reorganised its reinsurance relationship with Munich Re for property-casualty insurance and commuted a significant number of contracts. In addition, ERGO took precautionary measures based on actuarial estimates and increased its provisions for outstanding claims in certain segments.

Total premium income in direct insurance was down by 14.8 per cent to 1.2 (1.4) billion euros in the 2012 financial year. This was mainly due to the capitalisation product MaxiZins: reduced interest rates resulted in premiums being down by 242 million euros compared with the previous year.

Gross premium income recorded for travel insurance was 5.2 per cent down on the previous year, amounting to 460 (485) million euros, because the company did not extend unprofitable contracts. In Germany, there was a decrease of 1.2 per cent, while international business declined by 8.1 per cent.

International business recorded a 6.4 per cent drop in premium income, down to 4.1 (4.3) billion euros. This was due to the disposal of the Portuguese subsidiary and the South Korean company ERGO Daum Direct, as well as fewer single-premium policies and turnaround measures. Total premium income for life insurance was 8.5 per cent down on last year's figure and property-casualty insurance suffered a 4.8 per cent drop in business. ERGO recorded a considerable improvement in the combined ratio, which stood at 100.5 (105.1) per cent.

Strict focus on the customer

The ongoing improvement in our products and services with the customer in mind is also part and parcel of our customer focus. When ERGO launched a new accident product in 2012, it was developed according to our customers' requests and expectations, and included assistance services for different types of products. In summer 2013, ERGO will be launching a new generation of life insurance products. In this respect, the company has conducted extensive studies to gauge customers' expectations as regards security, flexibility and earnings.

The new customer report will be presented in spring 2013. It focuses on how sales partners are to advise and take care of customers. Customers and their questions are at the heart of the report which describes how the brand promise is to be implemented by sales staff and other business areas.

"As an insurer, we depend on the trust our customers have in us, which has to be earned on a daily basis. That is the reason why we put our customers at the forefront of our actions, and communicate with our customers as equals in a clear, easy-tounderstand
and transparent manner”, emphasised Torsten
Oletzky.

ERGO is one of the major insurance groups in Germany and Europe. Worldwide, the Group is represented in over 30 countries and concentrates on Europe and Asia. ERGO offers a comprehensive spectrum of insurance, old-age provision and services. In its home market of Germany, ERGO ranks among the leading providers across all segments. Around 48,000 people work for the Group, either as salaried employees or as full-time self-employed sales representatives. In 2012, ERGO recorded a premium income of more than18 billion euros and paid out benefits to customers of over 17 billion euros. ERGO is part of Munich Re, one of the world's leading reinsurers and risk carriers. More at www.ergo.com