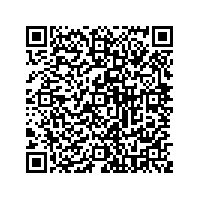 (PresseBox) ( Pritzwalk, 08-11-05 )
EOP Biodiesel AG has accomplished a turnaround after an expectedly tough year and reports a positive EBIT of EUR 922 thousand on sales of EUR 32,395 thousand in the first quarter of financial year 2008/09 (ending 30 September 2008), or a result for the period of EUR 480 thousand on the basis of the German Commercial Code (HGB).

For the 2007/08 financial year EOP Biodiesel AG published its first consolidated financial statements to IFRS. In the year ending on 30 June 2008, sales rose to EUR 129,428 thousand (previous year: EUR 46,835 thousand), an increase of 176%. This was due to substantially higher sales of the main product, biodiesel, and to higher capacity utilisation at the Pritzwalk plant and the start of production by subsidiary ABID Biotreibstoffe AG in Hohenau, Austria. As the high temporary rise in raw materials prices could not be passed on to customers immediately and in full, the consolidated result for the year fell to EUR -7,998 thousand (previous year: EUR-4,396 thousand). As of 30 June 2008 the EOP Biodiesel Group had 130 employees (previous year: 112) on its payroll.

EOP Biodiesel AG has undertaken extensive measures to improve the result on a lasting basis. The successful start of production in Austria further reduces its reliance on Germany. Taking the company's own railway sidings into service in Pritzwalk has already reduced logistics costs considerably now that entire trains can be filled and sent to oil refineries without having to use tankers as a go-between. The increase in tank storage capacities also brings perceptible cost benefits. EOP Biodiesel can now buy larger quantities of vegetable oil. That eliminates two structural burdens on results in the previous year, and the company will benefit from the change in the current financial year. CEO Sven Schön says: "Complete concentration on the B5 market has paid dividends for us already. We have positioned ourselves among Germany's top suppliers and will continue to increase our market share." A further target for EOP Biodiesel AG is to establish a medium- to long-term production capacity of 500,000 tonnes a year in Europe.

EOP Biodiesel AG's strategic realignment is bearing its first fruit. Since March 2008 the company has reported positive operating results once more. EOP Biodiesel AG (just the AG and reporting to HGB) achieved a positive result once more in the first quarter of the 2008/09 financial year. EBIT (AG) to 30 September 2008 was EUR 922 thousand (previous year: EUR 618 thousand). Sales (AG) rose to EUR 32,395 thousand (previous year: EUR 18,148 thousand). CFO Prof. Dr. Karl-Wilhelm Giersberg says: "We see the present low raw materials prices and stable demand as a favourable trend.Our aim is to at least maintain high sales in the current financial year and to improve our result significantly in the process. Based on the present order situation we expect to be able to have our plant operating at a good capacity in 2009."

This announcement is neither an offer to buy nor an invitation to make an offer to purchase or subscribe to securities. No public offer of shares in EOP Biodiesel AG was made in connection with the open market launch of EOP shares on the Frankfurt Stock Exchange.
This announcement does not constitute a share prospectus. It and the information that it contains are not intended for direct or indirect circulation to or within the United States of America, Canada, Australia or Japan.