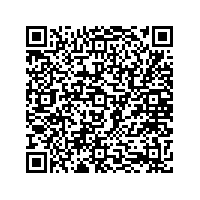 EnviTec Biogas AG (ISIN: DE000A0MVLS8) recorded a solid business trend in the financial year 2016. While the Own Plant Operation and Service segments showed a clearly positive performance, in the Plant Construction segment, which benefited from high utilisation, EnviTec was unable to invoice a large number of plants under construction. As a result, consolidated sales revenues declined by 6.9% to EUR 162.9 million in the reporting period. By contrast, total output, which includes the value of plants under construction, rose sharply by 17.3% to EUR 204.9 million (previous year: EUR 174.9 million).

The breakdown by segments shows that the Group’s largest segment, Own Plant Operation, increased its revenues by 4.2% to EUR 101.7 million. The Service segment recorded a 19.4% increase to EUR 31.0 million, marking the second year of clearly double-digit revenue growth. Revenues in the Plant Construction segment declined by 41.2% to EUR 30.2 million due to the effect described above.

As a result of the expansion of the business activity in the Service segment, the headcount rose from 400 to 439 as of the reporting date on 31 December 2016. As had been expected, an amendment of the energy and electricity tax law in 2016 made the marketing of regionally produced electricity much less attractive for the Energy segment. As a result, EnviTec decided to give up this business model and to transfer the remaining activities of the Energy segment to the Own Plant Operation segment.

On balance, EnviTec was again able to close the financial year with a positive result and to slightly increase its earnings compared to the previous year. The Service and Own Plant Operation segments showed a particularly positive performance in spite of higher expenses. Consequently, consolidated earnings before interest, taxes, depreciation and amortisation (EBITDA) rose from EUR 21.0 million to EUR 22.2 million. Earnings before interest and taxes (EBIT) amounted to EUR 4.2 million (previous year: EUR 3.4 million). Consolidated net income after taxes stood at EUR 1.7 million (previous year: EUR 1.4 million). This is equivalent to earnings per share of EUR 0.11 for the year 2016 (previous year: EUR 0.10). The separate financial statements of EnviTec Biogas AG show accumulated profits of EUR 10.0 million. The Executive Board and the Supervisory Board of EnviTec Biogas AG propose to pay out a dividend of EUR 0.60 per share for the fiscal year 2016.

Jörg Fischer, Chief Financial Officer of EnviTec Biogas AG: “In fiscal 2016, we were again able to demonstrate our strengths and skills and to close the year with a clearly positive result. On the basis of the regular cash flows generated by the Own Plant Operation segment, we want to expand our international business activities in plant construction in the coming years and push ahead with the expansion of the complementary Service segment in Germany and abroad. More than before, we will be challenged to continuously develop our business models and products, to explore new applications and processes and to seize market opportunities quickly and efficiently. In the medium term, we intend to reduce our exposure to the prevailing statutory conditions and to generate up to 30% of our revenues outside the subsidised biogas sector.”

Consolidated sales revenues and consolidated earnings before interest and taxes (EBIT) are expected to increase moderately in the financial year 2017. The achievement of the economic targets set for 2017 will primarily hinge on the business trend in the Plant Construction segment, which had an order backlog of EUR 103.3 million as of the end of the financial year 2016 (previous year: EUR 77.9 million).

The full Annual Report for 2016 is available at http://www.envitecbiogas. de/ir/veroeffentlichungen/finanzberichte.html