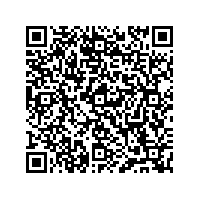 The new study by Energy Watch Group and Lappeenranta University of Technology, released today, comes to the conclusion that the International Energy Agency (IEA) annual reports World Energy Outlook (WEO) between 1994 and 2014 have been publishing misleading projections on solar photovoltaic (PV) and wind energy. The WEO has significant impact on both political and economic decisions of world governments regarding energy.

“The IEA has been holding back the global energy transition for years. The false WEO predictions lead to high investments in fossil and nuclear sector, hinder global development of renewable energy and undermine the global fight against climate change”, President of Energy Watch Group and former Member of the German Parliament Hans-Josef Fell said.

Although solar PV and wind have grown exponentially for the last decades and are expected to continue growing in the decades to come, the IEA keeps assuming linear growth for these technologies, meaning no growth of the annual installations. According to WEO projections, by 2030 renewable energy is expected to provide only 14% of global electricity supply, whereas assuming the average growth rates of the last 20 years the projection would be close to 60%.

“Despite the rapidly growing markets for solar PV and wind energy, the WEO dramatically undervalues their potential, which leads to fatal projections”, the study lead author and professor of Solar Economy at Lappeenranta University of Technology in Finland Christian Breyer said. “From a scientific point of view, these structural errors are incomprehensible, from a social perspective they are irresponsible.”

The WEO reports are being approved by OECD governments, some of which have high stakes in conventional industry. Therefore, the Energy Watch Group calls the scientific community and civil society to examine closer political and business dependencies within IEA.

The key findings of the study include:

- Independent analysts have been more correct in their projections of the successful expansion of renewable energy than the WEO. Only forecasts of the conventional energy industry, including BP, Shell and Exxon Mobil, were similarly low as IEA projections.

- Despite a decline of nuclear energy in the last 10 years, WEO still projects an annual expansion of about 10 GW nuclear in the next decade. Given a few commissioned and financed nuclear projects and the 100-200% overruns over the planning costs in Europe and delays, WEO projections appear highly overestimated.

The full study (in English) is available here.