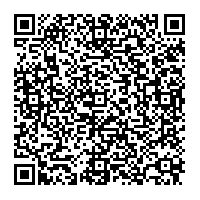 ElringKlinger records 14% growth in sales in first nine months, while net income after minorities before non-recurring charges is down 11%

Subscribe to news
(PresseBox) ( Dettingen / Erms, 08-11-05 )
In the first nine months of 2008, the ElringKlinger Group lifted sales by 13.9% to EUR 524.0 (460.0) million. Within this context, the recently acquired SEVEX Group, based in Switzerland, as well as the 50% interest held in ElringKlinger Marusan Corp., Japan, made a significant contribution to sales growth. Operating against the backdrop of steadily deteriorating automobile markets, ElringKlinger managed to grow sales revenue by 15.9% to EUR 173.8 (150.0) million in the third quarter.

The strongest impetus for ElringKlinger came from the Asian markets, into which the company has channeled considerable investments, particularly in China, India and Japan. In this region, sales for the first nine months rose by 33.6% to EUR 57.6 (43.1) million. The recently acquired SEVEX Group, whose earnings performance as yet remains relatively weak, and the ElringKlinger MARUSAN holding contributed approx. EUR 45 million to sales and around EUR 3.4 million to earnings before taxes.

The requisite allocation of the cost of purchase to the acquired order backlog had an adverse effect of around EUR 2.5 million on the operating result for the first nine months. This accounting-specific factor will no longer be of relevance during the fourth quarter. By contrast, the purchase price for the interests acquired in MARUSAN, which was lower than equity, resulted in non-recurring other operating income of EUR 5.8 million. The latter was recognized in the second quarter of 2008.

High energy costs and elevated commodity prices continued to have a detrimental effect. In the first nine months in 2008 costs incurred for the purpose of hedging the price of high-grade steel by means of commodity-based hedging instruments amounted to EUR 11.1 million in total (EUR 7.0 million in Q3). Provisions were recognized for this amount, and other operating expenses increased as a result. Within this context, it should be noted that the second quarter of 2007 had included exceptional income of EUR 4.7 million from insurance benefits relating to fire damage at the company's plant in Runkel, Germany, which had contributed to earnings on a non-recurring basis. In the first nine months of 2008, the company recorded further exceptional income of EUR 0.7 million in connection with this incident.

The significant rise in capital expenditure and the measures relating to the purchase price allocation led to an increase in depreciation and amortization expense of EUR 11.5 million during the first nine months of 2008.

In the first nine months of 2008, EBIT fell by 14.5% to EUR 78.0 (91.2) million. Adjusted for the non-recurring effects associated with insurance income and the added value from the increased stake in MARUSAN, EBIT before purchase price allocation fell by 14.4%. In the third quarter, the ElringKlinger Group recorded EBIT of EUR 17.6 (29.1) million. Adjusted for non-recurring effects, EBIT before purchase price allocation stood at EUR 19.0 million, which corresponds to an EBIT margin of 10.9%. Eliminating the additional expenses associated with according to IFRS requisite provisions for commodity price hedging the EBIT margin would have reached 15.0%.

In the first nine months of 2008 earnings per share contracted from EUR 1.02 to 0.81. Adjusted for non-recurring effects, earnings per share before purchase price allocation stood at EUR 0.78 (0.87), down 10.7% on the figure posted for the same period a year ago.

In the third quarter the marked slump in the number of vehicles sold by a large segment of the automobile industry in both the US and Europe was reflected in order intake. Having said that, the downward trend was offset by the contribution made by acquisitions. At EUR 160.1 (160.4) million, order intake during this period was 0.2 percentage points down on the same period a year ago. Order backlog at the end of the third quarter stood at EUR 274.5 (234.4) million, which was 17.1% up on last year's third-quarter figure.

The target for 2008 as a whole is to achieve organic Group sales at a level comparable to last year's annual figure. For 2008 as a whole - including contributions from the recent acquisition of the SEVEX Group, Switzerland, and the expansion of the company's ownership interest in ElringKlinger Marusan - Group sales are expected to rise at a rate of 9.0 to 10.0%. This is subject to the proviso that there are no further significant production cutbacks beyond the output reductions and extended plant vacations already announced by vehicle manufacturers. Adjusted for non-recurring effects (excl. purchase price allocation and the added value from the increased stake in Marusan), the Group's operating margin for 2008 is expected to reach 13.0 to 14.0%, having factored in the SEVEX Group and ElringKlinger Marusan, whose earnings performances as yet remain significantly below par.

In view of the severe crisis to have engulfed the world's automobile markets and the uncertainties among customers and consumers as to the future direction of the economy, an overall assessment of future market development should be viewed against the backdrop of more significant risk, which in turn reduces the accuracy of projections concerning the volume of components requested by customers as part of their delivery schedules. Facing these risks, ElringKlinger's target for 2009 is to achieve figures that slightly exceed sales in fiscal 2008. The goal is to match or slightly exceed an operating margin, adjusted for non-recurring effects, of 14.0%.

Recommend ElringKlinger records 14% growth in sales in first nine months, while net income after minorities before non-recurring charges is down 11% press release