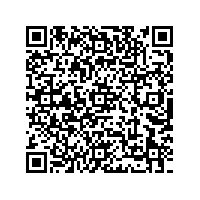 ElringKlinger raises sales by 43% in first half of 2010

Subscribe to news
(PresseBox) ( Dettingen/Erms, 10-07-30 )
The ElringKlinger Group propelled its consolidated sales by 43.2% to EUR 383.7 (267.9) million in the first half of 2010. The continued recovery of the vehicle markets together with numerous product startups and the Group's strong positioning in Asia had a positive impact on sales performance. As a result of cost streamlining and higher capacity utilization in the area of production, earnings before interest and taxes (EBIT) more than doubled compared to the crisishit first half of 2009, reaching EUR 53.9 (22.6) million. After taxes and minority interests, the Group posted net income of EUR 34.2 (10.0) million.

Despite the relatively slow recovery of the truck market, the Original Equipment segment, which encompasses business activities with vehicle manufacturers, was able to lift sales revenue by 55.9% to EUR 289.6 (185.8) million in the first half of 2010. The Group achieved significant gains in Asia and South America in particular, but also in the US vehicle market, which recovered visibly following its slump a year ago. Buoyed by an upturn in foreign sales, revenue generated in the Aftermarket segment rose by 13.5% to EUR 53.9 (47.5) million.

Demand continued to pick up during the second quarter of 2010. Consolidated revenue rose by 45.4% yearonyear to EUR 201.0 (138.2) million and also expanded further compared to the previous quarter (EUR 182.7 million).

The ElringKlinger Group saw a continued improvement in its financial performance during the first half of 2010. Alongside the program of cost streamlining implemented during the economic crisis, higher utilization of production capacity had a positive effect on performance. This was driven by the significant upturn in the volume of parts requested by car manufacturers as part of their production scheduling. At the same time, production capacity for commercial vehicle components remained underutilized compared to the period prior to the market crisis.

The cost of sales rose by 29.9% in the first half of 2010, i.e. at a slower rate than revenue growth, as a result of which the gross profit margin edged up to 30.3% (23.2%). In total, hedging relating to alloy surcharges contained in prices charged for highgrade steel had a positive effect on the Group's operating result in the first half of 2010, equivalent to EUR 0.1 million.

Due to the partialretirement scheme for personnel employed in the metal and electrical industry, as enshrined within the 2010 collective wage agreement for this sector, in the first quarter of 2010 the Group had to allocate partialretirement provisions for the entire term of the agreement until the end of March 2012, which resulted in a nonrecurring increase in staff costs of EUR 1.8 million. In addition, provisions in connection with employee benefits agreed for the years 2008 and 2009, totaling EUR 2.4 million, were recognized in the first quarter of 2010. These exceptional items, in combination with the termination of shorttime work at the beginning of the year, contributed to higher staff costs and therefore also affected the Group's operating result.

The Group spent EUR 21.4 (19.1) million on research and development in the first six months of 2010, 12.0% more than in the same period a year ago. The company was able to secure EUR 1.4 million in publicsector funding for projects relating to fuel cell and battery technology. In the first half of 2010, ElringKlinger received its first series production contract for cell contact systems used in lithiumion batteries, which represents a major reference project for the company.

Although EBIT was adversely affected by negative foreign currency effects equivalent to EUR 3.7 million, it was nevertheless propelled upwards by EUR 31.3 million to EUR 53.9 (22.6) million in the first half of 2010. Despite the abovementioned exceptional factors, the EBIT margin reached 14.1% (8.4%) in the first half of 2010. Excluding the nonrecurring effects on earnings from commodity price hedging, the increase in partialretirement provisions as well as costs in connection with employee benefits, the EBIT margin stood at 15.1%. The further upturn in revenue and the tangible improvement in capacity utilization in the majority of ElringKlinger's business divisions as a result of this forward momentum also contributed to a marked increase in EBIT in the second quarter of 2010. Outpacing revenue growth, it doubled to EUR 31.6 (15.8) million during this period, which includes negative foreign currency effects of EUR 2.7 million.

Net finance cost stood at minus EUR 10.1 (-5.3) million in the first half. In this context, it should be noted that the first half of 2009 had benefited from positive foreign currency effects equivalent to EUR 2.0 million in total. In the first half of 2010, by contrast, the remeasurement at the end of the reporting period of liabilities relating to the financing of ElringKlinger's acquisition of the SEVEX Group, denominated in Swiss francs, resulted in finance costs of EUR 6.0 million (EUR 3.8 million in the second quarter), which negatively impacted the net finance result and EBIT. In the second quarter net finance cost amounted to minus EUR 5.6 (-5.0) million.

Due to the stronger earnings performance in particular of those Group companies that operate with belowaverage tax rates, the income tax rate fell to 24.9% (29.4%). Thus, the ElringKlinger Group achieved net income after minority interests of EUR 34.2 (10.0) million in the first half of 2010. In the second quarter of 2010, net income after minority interests rose by EUR 12.6 million yearonyear to EUR 20.6 (8.0) million. This corresponds to earnings per share of EUR 0.59 (0.17) for the first six months of 2010. In the second quarter, earnings per share rose to EUR 0.36 (0.14).

Based on the assumption that vehicle markets will continue to recover and that economic conditions will remain stable, and in view of the positive performance of the first half of 2010, ElringKlinger has again revised upwards its revenue and earnings targets for fiscal 2010 as a whole. The Group currently anticipates that sales revenue will rise to EUR 690 to 710 million (previously EUR 637 to 655 million). This figure does not include the proportionate contribution from the planned takeover of the cylinderhead and exhaust system gasket business of Freudenberg Group, which would add approx. EUR 10 million pro rata temporis to ElringKlinger's consolidated revenue as from the planned completion of takeover in the fourth quarter of 2010. Earnings before interest and taxes (EBIT) are expected to rise faster than revenue to between EUR 90 and 95 million (previously between EUR 76 and 79 million).