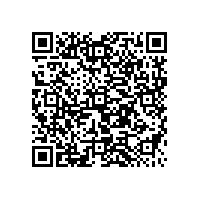 Subscribe to news
(PresseBox) ( Dettingen/Erms, Germany, 09-03-05 )
After its five-year listing in the SDAX, automotive supplier ElringKlinger AG is to be included in the MDAX effective from March 20, 2009. This decision was announced by Deutsche Börse subsequent in yesterday's meeting by the Index Commission.

As regards the first selection criterion, market capitalization of free float, ElringKlinger AG was ranked 52th. In terms of share volumes traded (liquidity), which forms the second selection criterion, the company was placed in 55rd position. To qualify for MDAX listing, a company must at least be among the top sixty stock corporations to follow DAX-listed entities both in terms of market capitalization and stock liquidity.

In recent years, ElringKlinger managed to improve its stock liquidity by means of several stock splits and the expansion of its international shareholder base within the area of free float. In relative terms, ElringKlinger shares have been performing stronger than other SDAX-listed stock in recent months. Despite the contraction of its share price in 2008, ElringKlinger AG was thus able to close the gap between itself and MDAX-listed companies with regard to market capitalization.

Dr. Stefan Wolf, CEO of ElringKlinger AG, was delighted with the company's inclusion in the MDAX: "This represents an important milestone for us. Of course, it would have been nicer to have achieved this in less challenging times for the financial markets."

Dr. Wolf went on to say that he believed the company would benefit from raised public awareness: "An inclusion in the MDAX generally leads to greater media and investor interest. Public awareness levels are usually much higher. On this basis, there is every chance that our stock will become more well-known among international investors in particular. And, of course, it's gratifying for employees."

In fiscal 2007 the ElringKlinger Group, currently employing 4,100 people, generated sales of €607.8 million and consolidated net income (after minority interests) of EUR 75.9 million. The financial results for 2008 are to be announced at the annual press conference in Stuttgart on March 30, 2009. 55.3% of the shares are held by the W.H. Lechler family and the estate of Klaus Lechler.