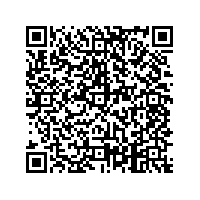 His star firmly on the rise, Luke Bryan has been selling out every stop on his tour, including a string of stadium shows. Kitchenman, in his fourth year with the country music star, co-designed a system that fits into any sized venue the tour hits, which necessitated a wide variety of fixtures.

“Audience lighting is such an important element to our show and the Cuepix has exceeded all expectations,” Kitchenman stated. “It gives us the classic look of the 2-lite and 4-lite bangers but with a fraction of the power requirements. Another huge aspect of this fixture is the convenience of the powercon in and out, allowing the fixtures to be placed throughout the lighting rig without having to run separate 120v cables. Wherever we have a lighting fixture we can add a Cuepix. By switching to the Cuepix we have been able to save a 400 amp service, thousands of feet of socapex and feeder cable, and hundreds of cable connections, which all adds up to reduced weights, money saved, and headaches avoided!”

Elite Multimedia Productions serve as lighting and video/LED production vendor and added the Cuepix Blinders to its inventory with the intent to move towards a more eco-friendly option for audience illumination and effect while providing more green solutions for their clients. Among the advantages in switching from traditional to LED blinders, power savings and cable needs were two important factors for Elite, as well as the ability to contain more than one fixture to the same circuit. “The advantages to using the Cuepix WW blinders vs traditional blinders is the power draw and ability to cut down on miles of soco!” states Elite’s David Venus. “We are able to cut conventional dimming out of most of our clients’ designs now which saves both us and them money.”

Playing arenas, amphitheaters and more stadium shows through October, Elite Multimedia has been the only lighting and video production vendor for Luke Bryan’s tours, a production that grows larger with every outing. Elite, who also sees a niche for the Cuepix Blinders on small and mid-size shows because of their low power requirements, reports that the fixtures have held up well on the tour.

Elation Professional is one of the world’s leading lighting and visual solutions providers and is the global brand of Elation Lighting. Founded in 1992 and headquartered in Los Angeles, with European sales, distribution and support based in The Netherlands, Elation designs and manufactures a comprehensive range of innovative yet affordable lighting and video products that are distributed through a global network of dealers and distributors. Made up of a spirited team of dedicated personnel, Elation is setting new efficiency and performance standards in Platinum lamp and LED technology and is acknowledged for a comprehensive commitment to Total Support. As a company in expansion with a presence in a growing variety of market segments, chances are you’ve experienced Elation lighting at a concert, special event, TV, theater, late night venue, House of Worship, theme park, cruise ship, exhibition, architectural space or elsewhere. For more information, please visit www.elationlighting.com