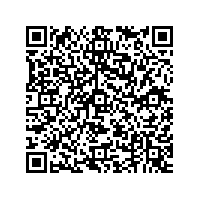 eLandia continues to show improvement in its key financial metrics, including a 44% growth in revenues over the same quarter last year. This was driven by stronger demand for the company's infrastructure and integration services in key markets combined with tighter operational controls across all areas of the business. Excluding Venezuela, where the company continues to strategically reduce its operations, revenues rose 74% over the same quarter last year. Venezuela represented 15% of revenues in the current quarter, compared to 30% in the prior year period, and 12% in the first six months of 2010 compared to 36% in 2009.

"During the quarter we continued to see significant improvements across a number of areas of our business. The company's financial performance in Q2 provides a clear indication that we are on the right path," said Pete R. Pizarro, chairman and chief executive officer of eLandia. "Our strategy of investing in the business during the downturn, combined with a focus on operational excellence, productivity and innovation, are driving our growth. We believe that we are wellpositioned across Latin Americain our customer segments and key product categoriesto leverage growing demand for technology investment.

Financial results for the applicable periods do not include results of operations from the previously announced transaction with Amper and the acquisition of its subsidiary Medidata in Brazil.

The term EBITDA (earnings before interest, income taxes, depreciation and amortization) and Adjusted EBIDTA are non-GAAP financial measures that the management of eLandia believes are useful to investors in evaluating the Company's results. These nongap financial measures should be considered in addition to, and not as a replacement for, or superior to, either income from continuing operations, as an indicator of eLandia's operating performance, or cash flow, as a measure of eLandia's liquidity. In addition, because these financial measures may not be calculated identically by all companies, the presentation here may not be comparable to other similarly titled measures of other companies. eLandia's management believes that presenting these financial measures as supplemental information helps investors, analysts, and others, if they so choose, in understanding and evaluating eLandia's operating performance in some of the same manners that management does because these financial measures excludes certain items that are not directly related to eLandia's core operating performance. eLandia's management references these non-GAAP financial measures in assessing current performance and making decisions about internal budgets, resource allocation and financial goals. EBITDA measures the amount of income generated each period that could be used to service debt, pay taxes and fund capital expenditures. Either EBITDA or adjusted EBIDTA should not be considered in isolation or as a substitute for measures of performance prepared in accordance with GAAP. These financial measures have certain limitations in that they do not take into account the impact to eLandia's statement of operations of certain expenses, including stockbased compensation, amortization of noncash marketing, amortization of intangibles, depreciation, gains and losses on asset dispositions, asset impairment charges, acquisitionrelated cost and charges and onetime items.

Close window | Back to top

With more than 3,000 business customers and a presence in 17 countries, eLandia (OTC BB: ELAN.OB), and its family of companies deliver an array of information and communications technology services to emerging markets experiencing rapid development, predominantly focusing on Latin America, the Caribbean and the South Pacific. eLandia assists its customers in implementing worldclass integrated infrastructure solutions and cuttingedge networking technologies, as well as building highlyqualified local workforces to enable their businesses to transform and integrate into the global economy. For more information, please visit www.elandiagroup.com.