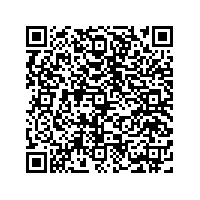 ecotel invests in future growth - first half year 2017 as planned

Order acquisitions in the Business Customers segment also increased again in comparison with the previous year. In the first half year 2017, more orders were generated for All-IP products than in the entire previous year. Developments in the marketing of broadband Ethernet and optical fibre access were likewise very positive. ecotel continues to push the transformation from conventional ISDN to All-IP products. The conversion of existing ISDN customers to the new All-IP solutions will also secure revenue as a result of new contract terms, while simultaneously increasing the gross profit margin. The low-margin Wholesale Solutions segment grew in the first half year by € 2.5 million to € 30.6 million. Revenue in the New Business Segment remained constant at € 8.5 million. This segment is likewise undergoing transformations. The conventional call-by-call transactions of the easybell Group are being replaced by the new NGN voice products for private customers and increasingly also for business customers. In the area of new media solutions, which is also part of the New Business segment, nacamar was able to successfully implement the strategic realignment introduced in 2016 and now contributes to the group revenue with a positive EBITDA.

Total consolidated revenue increased in the first half year by € 0.3 million to € 14.5 million. The majority of this gross profit was due to revenue from the Business Customers segment totalling € 11.1 million (1st half year 2016: € 10.9 million). The gross profit margin in the B2B segment remained unchanged at 48 %, but is expected to rise continuously starting in 2018.

The expected investments in high-performance customised hardware components and advance investments for major projects result in a negative free cash flow of € 0.8 million for the first half year. As a result, net financial assets decreased as expected to € 2.1 million (1st half year 2016: € 3.0 million). The group is taking advantage of the current opportunities for the future by investing in growth, even if this results in a temporary strain on revenue. Nevertheless, the Management Board can reaffirm its forecast for the year 2017 and continues to expect consolidated revenue of € 95 to 115 million and EBITDA of € 7.0 to 8.0 million. The Management Board is planning revenue in a corridor between € 45 and 48 million for the core segment Business Customers. For the Wholesale Solutions segment, which in our experience is subject to large fluctuations, revenue is currently expected at the upper end of the forecast corridor of € 35 to 50 million. The Management Board is planning revenue of € 15 to 17 million for the New Business segment.

The quarterly statement and a presentation of key figures (»time series«) are available for download on the company’s website at www.ecotel.de.

The ecotel Group (hereinafter »ecotel«) is a telecommunications company operating throughout Germany since 1998 that specialises in meeting the information and telecommunication (IT/telecom) requirements of customers. The parent company is ecotel communication ag. The shares are traded in the Prime Standard segment of the Frankfurt Stock Exchange. ecotel markets products and services in the following segments: »Business Solutions (B2B)«, »Wholesale Solutions«, »Private Customer Solutions (B2C)« and »new media solutions«.

In »Wholesale Solutions« ecotel integrates the services offered to other telecommunications companies.

The »Private Customer Solutions (B2C)« of ecotel include the services of the easybell Group. The Berlin- based subsidiary markets high-quality yet low-priced Internet and telephone services. For this purpose easybell provides rate-adaptable ADSL2+ and VDSL services nationwide. easybell is also one of the market leaders in the provision of classic call-by-call and Internet-by-call access.

With more than 20 years of expertise, nacamar GmbH is among the pioneers of the German Internet.

The company's core products are in the areas of Radio-CDN, analysis and data services, as well as video and connected TV components, which are marketed since 2017 together with the new product developments AddRadio and AddVideo.

The corporate group, with its main office in Düsseldorf, currently has about 270 employees, including subsidiaries and holdings.