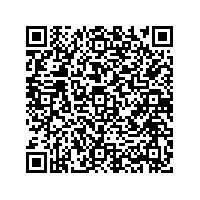 Subscribe to news
(PresseBox) ( Berlin, 15-08-04 )
Berlin-based Eckert & Ziegler Strahlen- und Medizintechnik AG (ISIN DE0005659700), a specialist for isotope technology applications in medicine, science and industry, recorded one of its most-successful quarters ever in spite of considerable provisions being set aside for risk provisioning and the restructuring of ailing business units. The company's quarterly sales exceeded the € 35.0 million mark for the first time, and income after tax leapt to € 4.8 million following the sale of its interest in OctreoPharm Sciences GmbH.

The Isotope Products segment benefited the most from the weak euro, while also recording a positive acquisition effect. Sales increased by 17 % to € 33.6 million. However, these effects did not result in any increase in profit, meaning that EBIT remained constant at € 7.1 million.

Sales in the Radiation Therapy segment increased by € 0.8 million due to currency effects to € 14.7 million, but were not enough to cover the cost base. Operating EBIT amounted to € -1.4 million. There were also positive currency effects of € 0.8 million and provisions of € 1.3 million for agreed restructuring measures and site closures. Segment EBIT therefore came in at € -1.9 million.

The sales of the Radiopharma segment rose by not only the currency effect but also organically, especially in the equipment division and with the gallium generators. The "Other operating income" item includes most of the proceeds arising from the sale of the OctreoPharm investment. As a result, EBIT increased many times over to € 7.4 million.

Price increases meant that the Others segment registered a slight increase in sales of € 0.1 million to € 3.5 million. EBIT increased significantly by € 0.6 million to € -0.8 million. The change is predominately due to the balance of a positive and a negative effect: The segment also received proceeds from the sale of the OctreoPharm investment. The segment was also impacted by a price increase announced in an important disposal channel, thereby further increasing provisions for waste material.

Cash flow from operating activities was up considerably year on year and achieved € 3.9 million, mainly due to the decrease in the Radiation Therapy segment's receivables.

For the fiscal year 2015, sales are expected to rise to over € 133 million, while an improvement in earnings to over € 2.00 per share is also being targeted.

The complete quarterly financial statements can be viewed under:
http://www.ezag.com/fileadmin/ezag/user-uploads/pdf/financial-reports/englisch/euz215e.pdf