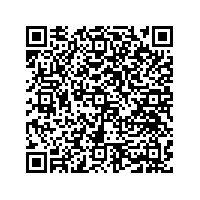 Strongest half year in company history

(PresseBox) ( Berlin, 09-08-04 )
In the first half of 2009 the Berlin based Eckert & Ziegler Strahlen- und Medizintechnik AG (ISIN DE0005659700), a specialist for isotope technology in medicine, science and industry, the Eckert & Ziegler Group set new records with sales of EUR 52 million and Group profits of EUR 4 million, thus far exceeding the existing operative records. Compared with last year's period, sales increased by EUR 20 million, or 60%. Compared with the 1st half of 2008, the profit after tax and minority interests more than doubled when the special effect resulting from the IBt consolidation is excluded. The operative cash flow achieved EUR 6.5 million and also set a new record. Earnings per share of EUR 1.08 were posted in the first half of the year.

Revenues in the Therapy Segment rose by 41%, driven primarily by strong afterloader sales in Eastern Europe, which doubled in comparison to last year. An additional push to revenues resulted from sales to IBt's new joint venture in Russia. In the Nuclear Imaging and Industry segment, sales almost doubled from EUR 14.4 million to EUR 26.3 million. This resulted from the combined effects of the inclusion of Nuclitec sales, increased sales in robust drill hole sources, and a USD exchange rate improvement of 13%. Despite the loss of sales in Italy, the Radiopharmaceuticals segment grew by 42%. The two main product categories, Modular-Lab and diagnostics for positron emission tomography (PET), continued their growth trend from the previous quarters. Added to this were Nuclitec's initial aurigamedical sales.

The Nuclear Imaging and Industry segment was still the main source of sales, just as in previous periods. Sales have increased by 83%. Approximately half of that, i.e. 41% growth, can be seen in profits after tax, which have increased by EUR 0.9 million compared with the same period last year and which now stand at EUR 3.2 million. Profits show that Nuclitec has been integrated successfully and is already a profitable factor. For the first time since the inclusion of IBt, the Therapy segment was able to show a clear profit. In proportion to revenues, the EUR 2.9 million EUR in half year net profits now represent the highest profit margin of all segments. Furthermore, the new Russian project already increased profits in the second quarter and is expected to increase them further in the second half of the year.

The Radiopharmaceuticals segment continues posted a profit of EUR 0.2 million despite high launch costs for new products. Small gains from the deconsolidation of the Italian stake further increased profits.

Eckert & Ziegler AG is one of the world's largest providers of isotope component technology for radiation therapy and nuclear medicine and has 524 employees.