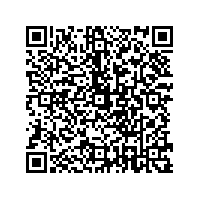 Subscribe to news
(PresseBox) ( Berlin, 10-08-03 )
Berlinbased Eckert & Ziegler Strahlen- und Medizintechnik AG (ISIN DE0005659700), a firm specializing in medical use of radioactivity, recorded sales of EUR 27.2 million in the second quarter of 2010 (average per quarter 2009: EUR 25.3 million). Compared to the second quarter of 2009, net income after tax and minority interests increased by 44% to EUR 2.6 million. This means that the past quarter recorded the highest profit in the history of the company. Despite a 38% increase in the number of shares compared to the previous year's quarter, the income per share was increased by 4% to EUR 0.50/share.

In the first half of 2010, sales of EUR 52.9 million were achieved, an increase of EUR 0.5 million or 1% over the same period the previous year. Over the same period, the net income after tax and minority interests increased by EUR 1.2 million, or 29%, to EUR 5.1 million. However, since the number of shares increased by 42%, the earnings per share fell by 8% to EUR 0.99/share.

Once again, the most successful segment was the Industry segment, which we have renamed "Isotope Products" segment. For comparison purposes, in 2010 the following explanations once again add sales and income from the new Environmental Services segment to the Isotope Products segment, in which the values were still included in 2009. Revenue increased by 9%, the unadjusted margin by 25% and the EBIT by 65%. The successful integration of Nuclitec continues. The synergies will become more obvious once restructuring expenses no longer apply. Compared to the first half of 2009, the segment was also able to report another increase in sales in the area of industrial components.

With sales of EUR 14.8 million and an EBIT of EUR 2.4 million, the Therapy segment achieved a very good result in the first half of the year. Compared to halved figures excluding special effects for the previous year, the 2010 figures amount to a 2% sales decrease and an 11% increase in the EBIT. The reduced minority interests had a significant positive effect after the takeover bid. In the second quarter of 2009, these still amounted to 59%, while in the second quarter of 2010, minority shareholders of IBt. S.A. only accounted for 28% of the revenue after tax.

Compared to the first half of 2009, the Radiopharma segment managed to increase sales by 3% to EUR 10.0 million while keeping costs almost constant. In addition, there was extraordinary revenue of several hundred thousand euros from transfers of shares and borrowing of Eckert & Ziegler EURO-PET Berlin GmbH. Overall, the EBIT increased from EUR 0.5 million to EUR 1.1 million.

For the financial year 2010, the target for sales is EUR 105 million. The Executive Board is keeping its profit forecast at EUR 9.5 million (EUR 1.80 per share).

The Eckert & Ziegler Group, with around 530 employees, is one of the world's largest providers of isotope technology components for radiotherapy and nuclear medicine.