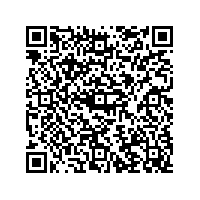 Beijing Government Shared TETRA Network to be further extended / Proven network helped to secure Beijing Games in 2008 / Helps to secure the 60th Anniversary of the People's Republic of China on October 1st, 2009

According to the contract, EADS Defence & Security will deliver one TETRA DXTip, several TETRA third-generation base stations (TB3), and network upgrade services. Deliveries began in July 2009, and the system will be put into operation by August 2009. The expanded system will enhance network capacity and coverage ability. It is fully equipped to provide safe and reliable communications for the Beijing Government and Municipal Committee, the Public Security Bureau, traffic police, armed police, urban management, and other important organisations in Beijing during the People's Republic of China 60th Anniversary Celebration on October 1st.

JustTop, Beijing Government Shared TETRA Network is the largest TETRA network in Asia and the largest city wide TETRA network in the world. It provides seamless and secured radio communications for the city of Beijing and environs. Presently, the network is used exclusively by the Beijing Urban Management and the Public Emergency Command and Dispatch Centre. The network has improved the efficiency of command and communications for government organisations and has repeatedly ensured city-wide communication of important events in the city, playing a critical role in major events in Beijing.

During the 29th Olympic Games in Beijing, the Beijing Government Shared TETRA Network experienced a high volume of users, high user density, high traffic load, high network tolerance, and trouble-free operation - unprecedented in the history of the Olympics. The system was also able to handle a very high volume of calls. The network received exceptional praise from the Beijing Government and Municipal Committee, BOCOG, and the Public Security Bureau, for providing secure and excellent communications during the high profile 2008 Beijing Olympic Games and Paralympic Games.

The Phase-4 project expansion plan for the network will further enhance the network capacity and coverage in the city and improve the coverage for the suburbs, flatlands, counties, main roads leading out from Beijing, key tourist resorts, and other important regions. The plan will also provide superior network services for Beijing government users to serve the network needs for important large scale events, such as the upcoming 60th Anniversary Celebration of the People's Republic of China.

EADS Defence & Security is a world leading provider of mission-critical communication and Command & Control solutions through its line of business Security and Communication Solutions.

DS is a systems solutions provider for armed forces and civil security worldwide. Its portfolio ranges from sensors and secure networks through missiles to aircraft and UAVs as well as global security, service and support solutions. In 2008, DS - with around 23,000 employees - achieved revenues of ? 5.7 billion. EADS is a global leader in aerospace, defence and related services. In 2008, EADS generated revenues of ? 43.3 billion and employed a workforce of about 118,000. For additional information, visit www.eads.com.