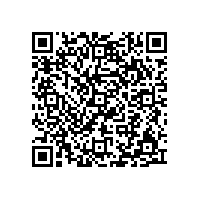 PostBus increases sales and its result

(PresseBox) ( Bern, 09-09-03 )
PostBus is on track to achieve good results, despite the economic crisis. In the first half of 2009 the company lifted sales by CHF 17 million to CHF 314 million. This corresponds to an increase of 5.7% over the year-back period. Additional services in Switzerland, more orders in France, higher passenger demand and lower fuel prices had a positive effect on the operating result in the first six months of the year. PostBus boosted its profit from CHF 13 million to CHF 24 million (+84.6%).

In a difficult economic environment, PostBus lifted sales in the first half of 2009 by CHF 17 million to CHF 314 million. This corresponds to an increase of 5.7% over the year-back period. Profit rose by 84.6 percent from CHF 13 million to CHF 24 million. PostBus is benefiting from the fact that more Swiss are not going abroad for their holidays. High passenger numbers followed on the heels of the long and productive winter season.

Commuter numbers are stable. PostBus is expecting a similar rise in demand as in 2008 (3.2% increase in passengers). The result for the year will be significantly higher than last year's, based on the current figures.

Encouragingly, expenses did not develop in line with the growth in sales. Lower fuel prices - a result of the global recession - provided some positive effects. Obligations in respect of the pension fund were below the budgeted figures, compared to the previous year. On 30 June 2009, operating expenses came to CHF 290 million (+2%).

Since the beginning of May, PostBus has operated two express bus routes through the new Uetliberg tunnel (canton of Zurich). Right from the outset, passenger numbers were very positive, exceeding expectations. Expansion of the service with additional services in the evening and on weekends is being investigated. Moreover, PostBus Switzerland Ltd has operated a new route in the canton of Argovia between Wohlen - Villmergen - Dottikon-Dintikon since 10 August. PostBus also operates replacement services for the Rhätische Bahn between Ardez and Scuol (canton of Graubünden) and expects to chalk up around 250,000 kilometres between March and November 2009 as a result of this major contract. New transport services in Switzerland and abroad have resulted in a need for more staff. A total of 3,277 people (+7%) work for PostBus and the PostBus companies in Switzerland, corresponding to approximately 2,810 full-time positions (+6%). Abroad, PostBus employs 278 people (+12%) or around 268 full-time positions (+13%).

In Spring 2009, PostBus won several tenders for bus networks in France, including those in Mâcon, Dole, Agde, the Hérault department and the Grenoble region. The new networks commenced operations this summer. PostBus also won a tender for a bus service in Grésivaudan near Grenoble and will begin operating it on 1 November. PostBus has established a strong position in France as a provider of public transport services. It still takes part in public tender bids for bus routes in France and is considering entering the market in other European countries. PostBus already generates ten percent of its sales abroad. In the next three years, PostBus will invest around CHF 100 million in its bus fleets abroad.