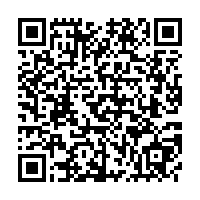 With a total value of €433,3 million, new orders remained at a high level and in line with our expectations, but were slightly down year on year (€437.7 million) owing to major one-off project orders that had been included in Q1 2007. Capital expenditure of €22.1 million (€22.0 million) remained practically unchanged with regard to the prior year.

"We are extremely pleased with the growth in net income in the first quarter. It demonstrates that DEUTZ is on the right track," according to the chairman of the Management Board Dr Helmut Leube. "The order situation is stable and we are looking to the future with some optimism."

In the Compact Engines segment, the number of engines sold rose by 13.4 per cent to 64,777 units (57,129). Therefore, DEUTZ was able to increase revenue by 18.2 per cent to €318.1 million (€269.2 million) specifically on the basis of an increase in the demand for engines with capacities of four to eight litres. The success of the new commercial vehicle engine enabled the Automotive application segment to register a significant increase of 17.6 per cent. Higher revenue and an improved margin in the service business led to an improvement in EBIT to €10.1 million (€9.0 million), an increase of 12.2 per cent on Q1 2007.

The DEUTZ Customised Solutions segment, which mainly comprises the air-cooled and eight-litre-plus engines business, also contributed to the excellent performance. The first quarter of 2007 had been affected by the relocation of the production of aircooled engines from Cologne to Ulm. Unit sales of engines in Q1 2008 therefore rose by 22.4 per cent to 8,009 units (6,543). The greatest demand was for engines in the Automotive application segment (up 56.6 per cent on Q1 2007) and in the Mobile Machinery application segment (up 43.2 per cent). The overall segment benefited from a corresponding increase in revenue to €78.9 million (€66.2 million), up 19.2 per cent on Q1 2007. The substantial growth of 76.9 per cent in EBIT to €9.2 million (€5.2 million) was attributable both to higher revenue from the new engines business and to the absence of the set-up costs that had been incurred in 2007 in connection with the relocation of production. EBIT was also boosted by the positive impact from the service business which continued to account for a high proportion of business overall.

"On the basis of the excellent net income for the first quarter, we are sticking to the targets we have set ourselves for 2008. Sustained growth is a feature of our core markets and we are taking a share of the dynamic growth in Asia via our joint venture DEUTZ Dalian," Leube explained. For the current financial year, DEUTZ is predicting double-digit revenue growth of between 10 per cent and 15 per cent and a further improvement in the EBIT margin to around 7 per cent. For the first time, the Group is aiming to sell more than 300,000 engines. It is also planning capital expenditure of over €100 million in 2008. In addition, DEUTZ is intending to invest €80 million in the development of innovative new technologies. A key area of development will be exhaust-gas aftertreatment. DEUTZ will also continue to create jobs: the Group is predicting that it will have more than 5,000 employees by the end of 2008.

Further information about DEUTZ AG is available at http://www.deutz.com.