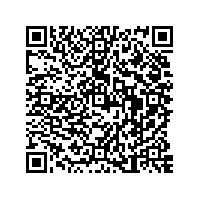 "The third quarter was a challenging quarter and we expect the overall environment to remain so in the near future. Given the uncertain growth prospects as a result of the global financial crisis and weakening world economy, we prefer to be cautious with our outlook," Chief Financial Officer John Allan said.

The Group now expects underlying EBIT for 2008 of around 2.4 billion euros, some 10 percent below last year's result and 17 percent below the previous guidance. Adjusted for the accounting changes following the agreement to sell a 29.75 percent stake in Deutsche Postbank AG to Deutsche Bank AG, the Group previously had forecast EBIT of around 2.9 billion euros. Including Postbank, the forecast was 4.1 billion euros. For transparency reasons, the Group will be showing EBIT without Postbank going forward. The main shortfall will be seen in the EXPRESS Corporate Division, which is being particularly impacted by deteriorating market conditions in the U.S. The Group also recorded volume shortfalls in other regions, but those could be mitigated through cost-cutting. Other divisions are likely to be slightly below previous guidance.

Deutsche Post World Net now expects world economic growth to continue to slow or even turn into a recession in some developed markets, which is likely to materially impact business prospects in 2009. Even though the Group expects to make profit progress in 2009, it has chosen to withdraw its previous guidance for the year of around 3.4 billion euros in underlying EBIT adjusted for the deconsolidation of the stake in Postbank. It expects to issue a fresh guidance when the economic prospects are sufficiently clear.

The MAIL Corporate Division in the third quarter saw EBIT developing broadly in line with the first half of the year and somewhat down compared to the year-earlier period. The EXPRESS Corporate Division saw a similar slowdown in the period as experienced by its competitors, with overall underlying EBIT in the third quarter declining by 30 million euros year over year. The result was heavily influenced by the ongoing deterioration in the U.S. Express business. Outside the U.S., EXPRESS EBIT for the first nine months is 11 percent above last year's figure with a high single-digit growth rate in the third quarter. In FORWARDING, air-freight volumes weakened in the third quarter, whereas volumes in ocean freight grew by a double-digit percentage. As a result FORWARDING/FREIGHT continued to generate double-digit earnings growth in the third quarter. In its core activities, SUPPLY CHAIN maintained profit growth in the period, with particularly good progress made in terms of new contract wins. The SUPPLY CHAIN division generated new business year-to-date amounting to an annualized 1 billion euros compared with 885 million euros in the year-earlier period. Continuing progress was made in reducing costs in Corporate Center/Other in the third quarter.

Adjusted for the repayment by the German government, which totaled more than 1 billion euros including interest payments, operating cash flow on Group level also made progress compared with the first nine months of the previous year.

Deutsche Post World Net plans to release detailed nine-month results on Nov. 10. On that day, it will also provide a full update on the progress of the U.S. Express restructuring and the next steps in its restructuring plan.