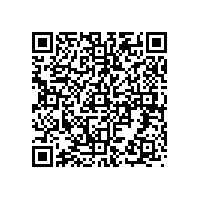 Total sales in the second quarter of 2010 were at € 75.5 million 8.2 % above the same period in the previous year. If the sales trend is adjusted for the changes to the consolidated group (sale of D.Logistics Airport Services GmbH), this represents organic growth of 12.4 %.

In Industrial Goods Packaging, sales were 3.8 % stronger than in the same quarter in the previous year, while in the Consumer Goods Packaging segment, sales were 19.2 % higher than in the previous year, not least due to the strong improvement in the USA. In the Warehouse Logistics segment, sales decreased by 2.6 %, but after adjustment for the airport business an increase of 23.4 % resulted.

In the first six months, at € 146.3 million, sales were 3.8 % higher than in the same period in the previous year. Adjusted for changes to the consolidated group, this means organic growth of 7.4 %. Allowing for currency fluctuations, the growth rate also amounts to approx. 7.4 %.

At € 2.97 million, the operating result (EBITA) in the second quarter was 146.6 % above the level for the same period in the previous year (€ 1.20 million). At € 5.20 million, earnings before interest, taxes, depreciation and amortization (EBITDA) were 47.2 % higher than in the same quarter in the previous year. The EBITDA margin was 6.9 % (previous year: 5.1 %). Depreciation of tangible assets and amortization of other intangible assets decreased from € 2.33 million to € 2.23 million.

The individual segments performed as follows: Industrial Goods Packaging recorded an EBITA decrease of 24.0 % to € 1.95 million. In Consumer Goods Packaging, EBITA amounted to € 0.98 million, compared to a loss of € 0.34 million in the previous year. Warehouse Logistics recorded an operating profit of € 0.66 million (previous year: - € 0.62 million). Besides the improved business trend, the end to the losses resulting from the airport business and the startup losses in Euskirchen were further positive factors here. The EBITA loss of D.Logistics AG (Holding) was € 0.65 million (previous year: € 0.39 million). In the first half of the year, the Group EBITA of € 5.15 million is 85.2 % higher than in the same period in the previous year (€ 2.78 million).

The financial indebtedness of the D.Logistics Group decreased in the first six months of the fiscal year by € 1.1 million to € 77.8 million. As cash and financial receivables simultaneously increased (+ € 2.8 million), the net financial liabilities fell more significantly, by € 3.9 million, from € 47.5 million at the end of the year to € 43.6 million.

D.Logistics AG confirms its planning figures published for fiscal year 2010 in its annual financial report. These envisage sales in a corridor between € 280 million and € 300 million and an operating result (EBITA) in excess of € 10 million. However, with regard to the sales trend the business performance to date means that there is still a possibility of exceeding the upper limit of the forecast range.

The interim report is available on the internet at http://www.dlogistics.com.