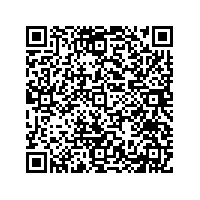 A total of 482,000 bicycles from the Kalkhoff, Raleigh, Rixe, FOCUS and Univega brands were sold in the reporting period, equivalent to a 12.1% increase compared with the previous year's figure of 430,000 units. The company almost doubled unit sales to 87,000 in its electric bikes segment (previous year: 44,000 bicycles). These figures also reflect the particularly strong contribution that electric bikes are making to the company's growth. The share of sales realised abroad were also up and in line with business expansion. The company is now selling around one third of its products outside Germany, which also underscores the successful implementation of Derby Cycle's internationalisation strategy.

Mathias Seidler, CEO of Derby Cycle AG, looks back on the progress made in the past financial year with pride: "Once again, we have demonstrated that we have first-class products. Above all, our electric bikes are making outstanding progress on the market, and have played a particular role in bolstering our growth." Seidler also takes a very positive view of the future: "We identified the bicycling megatrend, and offer the right products for all target groups. We have also received very good feedback at the 2011 bicycle trade fairs, and our pre-order volumes are up significantly on the previous year."

"In view of our continuing growth dynamics, we are very confident that we will continue the past financial year's success story in 2011/12," added Uwe Bögershausen, the company's CFO. This confidence is already reflected in the company's forecast: "Based on continued high demand in the electric bikes segment, and a further advance in our internationalisation, we anticipate total sales revenues of between EUR 250 million and EUR 270 million for the 2011/12 financial year, and an 8 to 9% EBIT margin."

The complete 2010/11 annual report can be downloaded from today from the company's website at www.derby-cycle.com, within the "Investor Relations" area.

Derby Cycle is Germany's largest bicycle manufacturer in terms of revenues, and one of the leading manufacturers in Europe. In particular, global demand growth for high-quality electric and sports bicycles, as well as the company's advancing internationalisation in all European volume markets, are reflected in the company's dynamic growth. Derby Cycle's product range comprises electric bicycles, sports bicycles for leisure and competition purposes, as well as comfort bikes for everyday and travel use. These bicycles are sold through the established Kalkhoff, FOCUS, Raleigh, Univega and Rixe brands. All models are developed and assembled at the company's base in Cloppenburg, Germany.

These high-quality products are distributed through specialist retailers who provide their customers with professional advice and extensive service. With around 630 employees, Derby Cycle achieved revenue of EUR 235.5 million in the fiscal year 2010/2011, 66.9% of which was generated in Germany, and 33.1% abroad. Earnings before interest and tax (EBIT) amounted to approximately EUR 19.6 million. Derby Cycle sold a total of around 482,000 bicycles, of which 87,000 comprised e-bikes. As a consequence, Derby Cycle has asserted a position of clear market leadership in 2011. The company forecasts revenues of EUR 250 million to 270 million, and an EBIT margin of 8 to 9% (2010/11: 8.3%) for the 2011/12 fiscal year that ends on September 30, 2012.

Further information is available at: www.derby-cycle.com