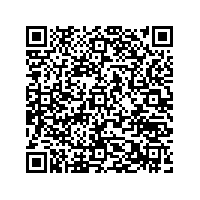 Characters permitted in .de domains soon to include "ß"

(PresseBox) ( Frankfurt am Main, 10-10-26 )
Effective 16 November 2010, the central registry for .de domains, DENIC, will abolish the rule that forbids the LATIN SMALL LETTER SHARP S to be used as an independent character in .de domain names. DENIC thus follows the revised standard for Internationalized Domain Names in Applications (IDNAbis). Since 4 August 2010, the IDNAbis standard allows the LATIN SMALL LETTER SHARP S - also known as "Eszett" or "sharp s" ("ß") - to be used as part of a domain name. Thus, domains such as "straße.de" (German for "street") can now be registered.

Since the new IDN standard does not provide for backwards compatibility to the preceding standard, it will not be possible to uniquely address domains containing the characters (character sets) "ss" or "ß", until all browsers and applications support the new standard. Not being able to unequivocally address a specific domain would adversely affect the users' confidence in the Domain Name System. To guard against this, DENIC will apply a two-stage process for initial registration of domain names containing "ß". The official launch of the domains will be preceded by a so-called sunrise period of three weeks, which will begin on 26 October 2010, 16:00 (CEST). During this period, only those domain holders, in whose name domains containing the letter combination "ss" were registered at the decisive point in time of 26 October 2010, 15:00 (CEST) - and whose domains were thus reachable when the domain name was entered with "ß" instead of "ss" according to the former standard - will have the opportunity to additionally register the corresponding ß-domain in their name. Registration attempts of other parties will be rejected during this time period. The new ß-domains will be covered by DENIC's information services such as the whois service immediately after registration.

Corresponding with the end of the sunrise period on 16 November 2010, 10:00 (CET), DENIC will amend the Domain Guidelines and include the LATIN SMALL LETTER SHARP S in the list of valid characters for .de domains. At this time, the rules regarding preferential registration for holders of existing domains with the letter combination "ss" will cease to apply. ß-domains will then be subject to the general registration standard of the German ccTLD, which follows the "first come, first served" principle.

During the sunrise period and beyond, registrants of ß-domains have to ensure that the registration and intended use of the domain does not infringe anybody else's rights nor break any general law.

For detailed information about the provisions related to the introduction of the LATIN SMALL LETTER SHARP S (ß) refer to the DENIC Domain Guidelines for Eszett (http://www.denic.de/denic-domainguidelines- for-eszett.html).

Changes Brought About by the New Standard

The standard Internet protocols and applications support exclusively the ASCII character set (a-z, 0-9, hyphen), which does not include the LATIN SMALL LETTER SHARP S as a character. According to the previously applicable IDN standard, all characters not included in the standard ASCII character set - i.e. also the letter "ß" - were converted into an ASCII-compatible format (ACE string). Only then was the Domain Name System (DNS) able to process them and they could be used for registering domains. When a domain containing the LATIN SMALL LETTER SHARP S was entered, the web browsers automatically converted the "ß" into "ss". So domain names like "straße.de" became "strasse.de". It depended on the browser type if this conversion was visible to the user in the address line. With the recently completed revision of the IDN standard, the competent standardization body decided that this should not be backwards compatible to the previous standard. Thus, "ß" will no longer be mapped to "ss". Instead, the LATIN SMALL LETTER SHARP S (ß) was introduced as a separate character. Consequently, consistent with the new standard, the DNS will no longer treat "ß" and "ss" as equivalents, but consider them as two separate characters (character sets), so that "straße.de" and "strasse.de" will be two separate domains in the future.

Consequences of the Lack of Backwards Compatibility

As regards the user, the conversion may bring about unexpected results during a transition period because most web browsers and e-mail clients are still based on the old IDN standard. Thus, it depends on the software that is used, to which website a user will be directed when entering a domain name that includes an "ß". While browser versions that are based on the new standard will display exactly the page the user has entered, older browser versions will continue directing the user to the domain with "ss". However, this domain may not necessarily be identical with the queried "ß"-domain, regardless whether both domains are registered by one and the same holder or not. DENIC has no means to influence vendors of such browsers as to when they will update their applications to make them compatible with the amendments of the IDN protocol. Thus, DENIC recommends parties interested in ßdomains to take this technical uncertainty into consideration with regards to the use of the domain.

As the central registry, DENIC administers the now more than 13 million domains under the Top Level Domain .de and thus provides a crucial resource for users of the Internet. It sees its role as that of a competent, impartial provider of services for all domain holders and Internet users. With more than 120 employees, DENIC creates the foundation through its work for German Internet pages and e-mail addresses to be accessible throughout the world. The about 270 members of the Cooperative are IT or telecommunications businesses based in Germany and elsewhere. Working in cooperation with them and other partners, DENIC is committed to guarantee the secure operation of the Internet and its further worldwide development as a not-for-profit organization.

It operates the automatic electronic registration system for its members, runs the domain database for the Top Level Domain .de and the German ENUM domain (.9.4.e164.arpa), manages the name server services for the .de zone and the German ENUM domain at currently 15 locations distributed throughout the world, and renders a considerable contribution to the further organizational and technical development of the Internet in cooperation with international bodies (such as ICANN, CENTR, IETF).