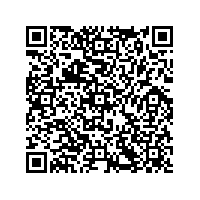 Subscribe to news
(PresseBox) ( Hannover, 17-03-23 )
Delticom (German Securities Code (WKN) 514680, ISIN DE0005146807, stock market symbol DEX), Europe’s leading online retailer of tyres and automotive accessories as well as efood specialist and expert in the field of efficient warehouse logistics generated revenues of € 606.6 million over the course of 2016, an increase of 8.4 % from prior-year's € 559.8 million. With that, Delticom achieved the highest revenues in the history of the company. EBITDA for the reporting period increased from € 14.3 million to € 15.1 million. The 5.5 % rise resulted principally from the cost savings achieved in marketing expenses and rents that served to compensate for the higher level of revenue and volumeinduced costs. Earnings per share stood at € 0.36 (diluted and undiluted; 2015: € 0.28), an increase of around 28 %.

Market environment. Continuing warm weather in September prevented an early start to the winter season in 2016. Consequently, according to the WdK, German tyre retailers sold 20 % fewer winter tyres to consumers in September and 15 % fewer in October compared to the corresponding months of the previous year. Despite the catch up affect in November, the WdK is estimating the retail sale of winter tyres to consumers for the full year to be 2.7 % lower than the comparable period in 2015.

In the fiscal year elapsed, the hopes of many tyre dealers for a trend reversal were dashed again: Selling tyres to consumers in Germany once again proved to be in decline. While, in its initial estimates, the German Tyre Retailer and Vulcanization Trade Association (BRV) assumes a downturn in the sales volume of 1°% in the most important segment of car tyres, the German Rubber Industry Trade Association (WdK) puts the decrease at almost 3 %. Contrary to this general market trend, Delticom succeeded in raising revenues in its core business. Through the entry into the efood business and the associated enhancing of the logistics know-how, also through the acquisition of the material assets of French car dealer AutoPink, the company has developed further analog business lines for the world of electronic trading.

Gross margin. The gross margin (trade margin ex other operating expenses) for the full year was 23.2 % after 23.6 % in the prior-year period.

Financial and Legal. Expenses for finance and legal fees amounted to € 4.8 million in the period under review (2015: € 4.1 million). The increase of € 0.8 million or 19.6 % essentially resulted from non-recurrent costs of € 0.6 million for legal and consultancy fees in connection with acquiring the efood and logistics companies.

EBITDA. EBITDA for the reporting period increased from € 14.3 million to € 15.1 million. The 5.5 % rise resulted principally from the cost savings achieved in marketing expenses and rents that served to compensate for the higher level of revenue and volumeinduced costs. The EBITDA margin for the fiscal year stood at 2.5 % (2015: 2.6 %). Excluding non-recurrent costs of € 0.6 million for legal and consultancy fees incurred in connection with the acquisition in February 2016, full-year EBITDA would have been proportionately higher.

Depreciation. Depreciation for 2016 fell by 9.6 % from € 8.7 million to € 7.8 million. The decline of € 0.8 million resulted mainly from the non-recurrence of impairment writedowns: In preparation for the closure of a warehouse in 2015, Delticom applied an impairment loss of € 950 thousand to sorting and packaging machines deployed at this warehouse location.

Inventories. Among the current assets, inventories is the biggest line item. Since the beginning of the year their value went up by € 0.9 million to € 62.7 million (31.12.2015: € 61.8 million). The slight increase is mainly attributable to the additional stocks in the small item warehouse, including those of Gourmondo. At the onset of the winter quarter the inventory value totalled € 97.5 million, € 2.1 million lower than the previous year’s figure of € 99.5 million. Despite mild weather conditions we were able to sell most of the tyres bought in the preceding quarters.

Liquidity. Cash and cash equivalents registered net outflows of € 4.8 million. On 31.12.2016 liquidity totalled € 6.7 million (prior year: € 11.5 million). Owing to the seasonal nature and the payment terms and conditions in tyre retailing, liquidity is subject to significant fluctuations over the course of the year. Delticom Group had cash and cash equivalents of € 60 million at the seasonal peak of business in 2016.

For the current business year, the Delticom group anticipates full year sales of € 650 million, accompanied by an increase in EBITDA to at least € 16 million. At the present time, there is still uncertainty regarding the development of the European replacement tyre markets in the current year. We are planning an increase in group sales for the current year of more than 7 % com-pared to the previous year. Irrespective of additional costs for expanding new areas of business, the company plans to maintain the EBITDA margin at last year's level.

Against the backdrop of the steadily increasing popularity of the Internet as a retail channel, Delticom will also benefit from the steadily increasing E-Commerce trend in the medium term. The expansion of our product range and the launch of new online shops in other countries, combined with our many years of E-Commerce distribution competence, offer further potential for growth in future.

The full report for fiscal year 2016 stands ready for download within the "Investor Rela-tions" section of the website www.delti.com.

Delticom AG is the leading online distributor of tyres and automotive accessories. Our product range also includes the online second-hand vehicle trade and efood. Delticom has extensive experience in creating shops for the international market. In addition to design, Delticom also provides product names and a comprehensive customer service programme in your national language. Our expertise in trans-national E-Commerce and establishing efficient warehousing and logistics processes is utilised not only in selling tyres, used vehicles and online grocery shopping, but is also offered to third parties as an additional ser-vice.

Since its establishment in Hanover, Germany in 1999, the company has accrued exceptional expertise in designing efficient, fully integrated internal ordering and logistics processes. The company owns its own warehouses, including a fully automated small parts warehouse.

In 2016, Delticom AG generated sales in excess of €°600 million. The E-Commerce specialist operates in 68 countries with over 380 onlineshops and online distribution plattforms, serving over 10 million custom-ers. The range of tyres offered to retail and commercial customers includes over 100 brands and more than 25,000 models of sedans, motorbikes, trucks, utility vehicles, buses and complete wheel sets. Cus-tomers are also able to have the ordered products sent to one of the 43,000 service partners of Delticom AG around the world.

Our range also encompasses over 300,000 automotive parts and accessories, including motor oils, snow chains and batteries. Entry into the business of online used car selling has rounded off the automotive offering. In this sense, Delticom AG has developed from a classic online retailer to an online solutions provider. Delticom AG also now offers a comprehensive range of around 20,000 different food items.

The shares of Delticom AG have been listed in the Prime Standard of the German Stock Exchange since October 2006 (ISIN DE0005146807).