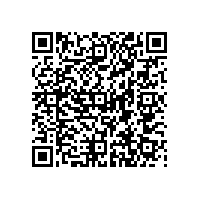 Q4 15: Instable weather
Market environment. Cold temperatures in Germany were conducive to an early start to the winter tyre business at the beginning of the fourth quarter. Despite higher sales figures in October, tyre traders’ hopes of an increase in sales through business with winter tyres were disappointed as the fourth quarter progressed. Preliminary market figures indicate a sales down-trend, also in the last three months of fiscal 2015.

Gross Margin. The group offered more attractive prices in its online shops in order to reach the sales targets that it had set for itself. The quarterly gross margin came down from 23.3 % in Q4 14 to 23.1 %.

EBITDA. In Q4 15, the Delticom Group generated € 5.7 million of EBITDA, comparing € 7.3 million in the previous year's quarter. The fall by € 1.6 million or 21.8 % derives mainly from the reduced gross margin in the final quarter and the increase in the volume related costs driven by the higher unit sales.

Fiscal year 2015
The experts anticipate a slight increase in sales in the European replacement tyre business in the fiscal year elapsed. In Germany, by contrast, tyre dealers’ hopes for a positive trend reversal in business with private end customers were again disappointed in 2015. At the current point in time, no binding information is available on the unit trend in the winter tyre business. In a first cautious estimate released at the beginning of this year, the German association of tyre dealers (BRV, Bundesverband Reifenhandel und Vulkaniseur Handwerk e.V.) assumed that the winter tyre business declined at a national level in 2015 compared with prior-year figures.

Gross margin. The gross margin (trade margin ex other operating expenses) for the full year was 23.6 % after 24.5 % in the prior-year period.

Personnel expenses. In the reporting period on average 129 staff members were employed at Delticom group (previous year: 247). The integration of Tirendo was accompanied by a step-by-step reduction in staff numbers as from the second half of 2014. Due to the sharp reduction in headcount, personnel expenses amounted to € 9.5 million, a decrease of 39.4 % compared to the previous year (2014: € 15.6 million). Compared to the prior-year period, the personnel expenses ratio (staff expenditures as percentage of revenues) decreased from 3.1 % to 1.7 %.

Depreciation. Depreciation for 2015 rose by 5.2 % from € 8.3 million to € 8.7 million. The in-crease in depreciation is mainly due unscheduled depreciation in H1 15 on property, plant and equipment used at the closed Lehrte warehouse. Depreciation from PPA amounted to € 4.6 mil-lion (2014: € 5.2 million).

One-off expenses. Despite the unscheduled depreciation of € 1.0 million on property, plant and equipment used at the closed Lehrte facility further one-off expenses occurred in the further course of the 2015 fiscal year. Personnel expenses for the 2015 fiscal year include settlements of € 0.9 million to former employees. The marketing expenditure includes € 0.4 million for a radio campaign tested in 2015. In connection with the warehouse closure reconstruction measures of € 0.4 million became necessary.

Dividend. At Delticom's Annual General Meeting on 03.05.2016, the Management Board and the Supervisory Board will propose a dividend of € 0.50 per share, after 0.25 per share for financial year 2014. In the fiscal year 2014 – the year after the Tirendo acquisition – Delticom for the first time in company’s history with a dividend of € 0.50 per share did only pay out about half of fiscal year 2013’s earnings per share as dividend. One reason for this dividend cut were possibly necessary investments into Tirendo. Following the successfully completed restructuring process and the achieved cost savings in 2015, part of the reserve formed in 2014 will now be used for the dividend payment in the current fiscal year.

Inventories. Among the current assets, inventories is the biggest line item. Since the beginning of the year their value increased by € 5.7 million or by 10.1 % to € 61.8 million (31.12.2014: € 56.2 million). At the onset of the winter quarter the inventory value totaled € 99.5 million, € 17.8 million lower than the previous year’s figure of € 117.4 million. To increase the inventory turnover rate, Delticom together with its partners further optimized the delivery dates in 2015. Inventories on the reporting date comprised small residual winter tyre stock as well as summer tyres.

Outlook.
There is a high level of uncertainty at the moment regarding market and price development in the current year. Following a slight growth in sales in the European replacement tyre business in 2015, we expect to see a similar development in 2016.

Low temperatures across Europe mean that the summer tyre business has not been able to profit from an early start. Sale prices are currently down year on year. Price development in the coming weeks will largely be determined by the progress of the summer season.

Experts expect raw material prices to increase in the second half of the year. It remains to be seen the extent to which those predictions will be fulfilled. It is not possible to make reliable statements regarding price developments in the winter tyre business this early in the year.

Revenues and EBITDA expected to increase in the business with tyres and accessories.
It is very difficult to predict price developments in the European replacement tyre business at this early stage in the year. Our aim is to achieve a further year-on-year increase in sales in 2016 and to continue extending the company’s leading position in the market. We expect revenues from tyres and automobile accessories to increase to approximately € 600 million in the current financial year. Given the cost savings in the areas of personnel, marketing and logistics, we believe that a full-year EBITDA target of € 18 million is achievable if business performance is positive. In terms of the operating result, we are aiming to increase earnings before interest and taxes (EBIT) from € 5.6 million in financial year 2015 to € 13 million. This improvement is due to the fall in depreciation from PPA in the context of the Tirendo acquisition and the lack of special depreciation of property, plant and equipment.

Food. In the new E-Food division, we expect to generate revenues of between € 20 million and € 30 million, EBITDA of € -2 million and EBIT of € -5 million. As the purchase price allocation has yet to be finalised, the amount of depreciation from PPA can only be roughly estimated at the current time.

Delticom is Europe's leading online retailer for tyres and car parts and accessories. Founded in 1999, the Hanover-based company has more than 300 online shops and websites in 45 countries, among others ReifenDirekt in Germany, Austria and Switzerland. The Delticom group also includes the online shops of Tirendo. Delticom offers a wide range of products for its private and business customers: more than 25,000 models from over 100 tyre brands for cars, motorcycles, commercial vehicles and buses, but also complete wheels. More than 300,000 car parts, including motor oil, replacement parts and accessories, complement the product portfolio.

Customers enjoy all the advantages of modern E-Commerce: convenience in order placing, quick, efficient delivery, clear cost information and, last but not least, low prices. The products are delivered in two business days to any address the customer chooses. Alternatively, Delticom delivers the tyres to one of more than 42,000 service partners (9,500 in Germany alone) for professional fitting directly on to the customer's vehicle at a reasonable price.