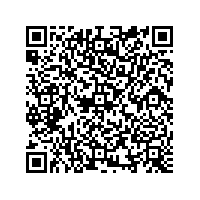 The Internet as a sales channel for tyres is gaining momentum across Europe. Since the beginning of the year Delticom has acquired around 430 thousand new customers. This translated to a customer base of more than 3.8 million at the end of June. At the same time, customer loyalty continued to rise: In the first six months of 2010 roughly 230 thousand repeat customers have returned to the 108 online shops to make purchases with Delticom.

Frank Schuhardt, CFO of Delticom AG: "Thanks to the robust E-Commerce business in H1 we were able to grow both top and bottom line. Having said that, many motorists have already bought new tyres in the previous snowy winter. Thus H2 could be burdened by negative base effects."

The Management confirms its current FY 2010 planning with regard to sales and profitability: a step up in revenues of more than 10% and an EBIT margin of 9%.

The complete semiannual report 2010 can be downloaded from the website www.delti.com within the "Investor Relations" area.