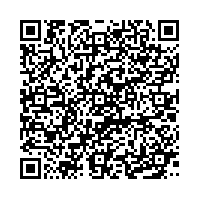 Subscribe to news
(PresseBox) ( Hannover, 09-06-18 )
The increase in issued share capital from corporate funds that formed the subject of a resolution by Delticom AG (German Securities Code WKN 514680, ISIN DE0005146807, stock market symbol DEX) at its Annual General Meeting on May 19, 2009 will be implemented on June 19, 2009 after the close of the stock market. The first quotation of the new shares "ex entitlement shares" will be on Monday, June 22, 2009.

The increased share capital will consist of 11,839,440 ordinary shares with an arithmetic proportion of the issued share capital of EUR 1.00 per share. This will triple the previous number of shares. Consequently, one share will give rise to three shares. The basis for this is a capital increase from corporate funds with a related issue of new shares. The corresponding modification to the articles of association was approved by the Annual General Meeting on May 19, 2009, and entered in the commercial register at the District Court of Hanover on June 10, 2009. The stock split does not result in any changes to the company's shareholder structure.

Depositary banks will re-book the depositary holdings according to the positions held as of June 19, 2009, following the close of trading. Quotations of Delticom AG's registered shares in the regulated market of the Frankfurt Securities Exchange will be altered on June 22, 2009. As of this date, the company's registered shares will be traded and quoted on an "ex entitlement shares" basis. Stock market orders that are outstanding will expire as of the close of June 19, 2009.

The measure is aimed at improving the stock market liquidity of the Delticom share. As of June 22, 2009, the price of one Delticom share should divide by approximately three times in arithmetic terms. The adjustment of holdings at depositary banks is free of commissions and fees for the company's shareholders.

Delticom, Europe's leading online tyre retailer, was founded in Hanover in 1999. With 102 online shops in 35 countries, the company offers its private and business customers an unequalled assortment of excellently priced car tyres, motorcycle tyres, truck tyres, bus tyres, rims, complete wheels (pre-mounted tyres on rims), selected replacement car parts and accessories, motor oil and batteries. Delticom carries more than 100 tyre brands and more than 25,000 tyre models. Customers receive extensive information on product features, pricing and alternatives. Delticom delivers either directly to the customer's home address, or to one of the more than 24,500 service partners - affiliated garages which take delivery of tyres and then install these on the customer's vehicle. Delticom's Wholesale division also sells tyres to wholesalers domestically and abroad.