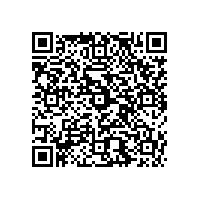 Rainer Binder, Delticom AG's CEO: "The first nine months of the year have been very successful for our company. We were able to expand our business once again on the back of steady developments in the European tyre industry and great improvements to the online sales channel."

Delticom acquired 625 thousand new customers year-to-date and served around 294 thousand recurring tyre buyers. On 30.09.2010 the customer base exceeded 4.0 million customers. 9M10 revenues in the E-Commerce division increased by 29.1% year-on-year, from EUR 189.8 million to EUR 244.9 million. The Wholesale division has stabilized in 2010 after experiencing a decline in the wake of the recession. In the reporting period, divisional revenues grew by 2.2% to EUR 12.1 million (9M09: EUR 11.8 million).

Frank Schuhardt (CFO) is satisfied with the current winter tyre business: "So far, it has scarcely snowed and only in few areas in higher altitudes. Still, the debate on whether to make winter tyres mandatory has bolstered German demand in recent weeks."

Management confirms the current planning for FY 2010. Delticom should be able to grow its revenues by more than 15% year-on-year at an EBIT margin of 9%, even if demand for winter tyres receives no further tailwind from snowy weather or new statutory regulations.

The full 9-Monthly Report of current fiscal year 2010 can be downloaded from the website www.delti.com within the "Investor Relations" area.