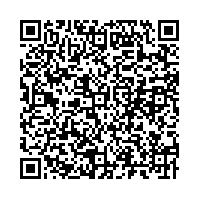 Subscribe to news
(PresseBox) ( Berlin, 13-05-23 )
DEAG Deutsche Entertainment AG (ISIN DE000A0Z23G6) has closed the first quarter of fiscal 2013 with increases in sales revenues and result, whereby the second and fourth quarters are seasonally particularly strong for traditional reasons in the course of a year. This is already clearly reflected by the advance sales.

Earnings before taxes amounted to EUR 1.2 million and were more than 10% above the prior year value of EUR 1.1 million. The earnings before interest and taxes (EBIT) improved by around 7% to EUR 1.3 million. During the first quarter sales revenues reached already EUR 28.5 million and were hence 5% higher than during the prior year period. The disproportionately high growth in result is attributable to the significantly declining minority shares and the constantly growing share of high-margin earnings, amongst others from the ticketing cooperation with Ticketmaster Germany.

The current second quarter is marked by a bulging event pipeline - for the forthcoming three-month period ticket sales exceed for the first time 1.1 million. There are likewise first indications pointing to a strong result trend, more particularly for the fourth quarter.

The event pipeline of DEAG includes all genres. In the Classical Music business unit these are, amongst others, open airs by David Garrett in Germany, Lang Lang in Switzerland, concerts by Jonas Kaufmann and Rolando Villazón in London or the sold-out two-week guest performance of our Swan Lake production in the Royal Albert Hall, likewise in London. The Rock/Pop business unit is marked, for instance, by the open airs with Peter Maffay, tours and concerts with Fleetwood Mac, Sting, KISS and Santana as well as large stadium concerts with Bruce Springsteen, Roger Waters and Bon Jovi. The current concert portfolio includes in the Middle-of-the-Road/German Hit Songs segment e.g. also Echo award winner Andreas Gabalier, Hansi Hinterseer and many other artists. The Family Entertainment business unit grows alongside sports events in large arenas such as Night of the Jumps also with the sensation show Exxtrem, which DEAG presents in the FlicFlac circus.

Christian Diekmann, member of the Executive Board of DEAG, comments on Q1/2013: "More net from gross - that's the resolution that we have consistently implemented for our shareholders since the beginning of 2013. The basis for a strong fiscal 2013 has been created in a verifiable manner, and DEAG will continue to be successful as an integrated Entertainment Content Company."

The Interim Group Report for the first quarter 2013 will be published on May 31, 2013 on www.deag.de in the Investor Relations section.