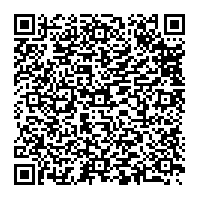 DEAG Deutsche Entertainment AG (ISIN DE000A0Z23G) continued its profitable growth course during the 1st half-year despite a difficult market environment. Sales revenues in accordance with IFRS from continuing business lines rose despite the seasonal concert distribution, whose focus will this year be during the second half-year for DEAG, to EUR 57.0 million. During the same prior year period sales revenues from continued operations amounted to EUR 51.1 million. Consequently, a 12 percent rise was achieved.

During the first half-year the EBITDA amounted to EUR 3.1 million after EUR 3.9 million during the same prior year period. In this connection expenses for events and measures which will only have an impact on sales revenues and the result during the second half-year 2009 have already been posted.

The EBIT totaled EUR 2.5 million after previously EUR 3.3 million, and the earnings per share amounted as of June 30 on the basis of then still 24.8 million shares to EUR 0.04 after previously EUR 0.06. The equity ratio on the Group level rose as of June 30, 2009 to 31.7 percent after 29.3 percent at the end of fiscal 2008. The positive impact of the successful disposal of a 49 percent shareholding in DEAG Classics AG to Sony Music Entertainment is not yet included in these numbers.

DEAG has contractually agreed many attractive concerts for the second half-year 2009. In the German-speaking region the classical music focus will be on Anna Netrebko and Bryn Terfel, Jonas Kaufmann, Jessye Norman and Paul Potts as well as shows e.g. with Diana Krall and the last tour of Riverdance - in Switzerland it will, amongst others, be on Coldplay, Depeche Mode and the Backstreet Boys. The British subsidiary Raymond Gubbay Ltd. alone has more than 200 shows and concerts in advance sales, including, in addition to Classical Spectacular and Shall We Dance, concerts with Bryn Terfel. DEAG Music will release albums and DVDs, amongst others, by David Garrett and Jessye Norman, and the Jahrhunderthalle Frankfurt is extremely well booked.

Because of the positive and scheduled development of the first half-year 2009 and the strong concert pipeline for the months to come, the Executive Board fully confirms its forecast for the current year, despite the ongoing uncertain business environment. Consequently, all performance ratios are expected to exceed prior year numbers and be positive.

The complete half-year report can be called up on www.deag.de under Investors in the course of today.