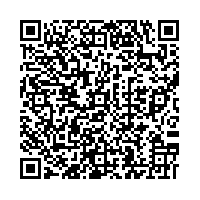 DEAG Deutsche Entertainment AG (ISIN DE000A0Z23G6) was able to significantly increase all earnings numbers during the first halfyear 2010, according to preliminary figures. Earnings before interest, taxes, depreciation and amortization (EBITDA) rose during the halfyear by 7 percent to EUR 3.3 million versus EUR 3.1 million during the corresponding prior year period. The operating income (EBIT) increased by 9 percent to EUR 2.7 million versus EUR 2.5 million. In this connection it must be borne in mind that, due to the seasonal spread of concerts, the focus of the concerts will this year be on the fourth quarter. Accordingly sales revenues amounted to EUR 54.2 million during the first halfyear 2010 compared with EUR 57.0 million after the first six months of the previous year.

The rise in profits with significantly improved margins is also an expression of the sustainable implementation of the 360 degree strategy and the incremental profit sources tapped in this way. The consistent orientation towards an Integrated Content Company is a futureproof strategy by means of which the company opens up a broad potential of opportunities and perspectives.

As far as further business performance is concerned, DEAG is very optimistic because of the existing concert pipeline: In Germany, Switzerland and the United Kingdom tours and concerts are produced with many artists from the classical and Pop/Rock music segments. These include celebrities like U2, Elton John, Joe Cocker, Leonard Cohen, Roger Waters, Shakira, Lady Gaga, Sting, Chris de Burgh, Peter Maffay or also David Garrett, Simone Kermes, Elina Garanca, Katherine Jenkins and Jessye Norman. The DEAG Music label will release several sound carriers. They include, on September 24 the live DVD 'David Garrett - Rock Symphonies', recorded during the soldout open air concert in Berlin, viewed by an audience of two million people during a ZDF television broadcast.

Given its successful business performance so far, the overall annual planning, which likewise proceeds on the assumption of a significant increase in all earnings ratios for the full year 2010, was reconfirmed.

The Executive Board anticipates, more particularly, a marked rise in the EPS as a consequence of reduced financing costs, the acquisition of another 9,53 percent in DEAG Music in spring and the takeover of the remaining 24.9 percent in RGL Ltd. in June of this year.

The definitive numbers for the first halfyear 2010 will be published by DEAG on August 31.