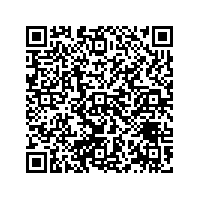 As a result of present uncertainty in the current economic situation, we expect to see a delay in customer deliveries on particular orders, and now foresee a revenue forecast for the corporation of ca. 133 to 138 million euros for 2008. Similarly, the EBIT for the continuing business activities will be slightly under our earlier prognoses. Despite the difficult market economy, we will consequently continue the extension of international business activity, as well as the expansion of system components and developing new application areas in order to achieve our mid term goals of increasing revenues and profits.