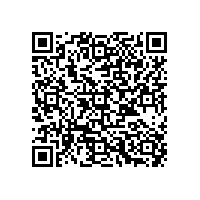 (PresseBox) ( Duarte, California, 09-08-27 )
Dahon, the world leader in folding bicycles, today announced the BioLogic* FreeCharge*, a personal power system that mounts to any bike and charges iPhones, iPods, GPS units, or just about any small electronic device, through a USB port. The FreeCharge incorporates a battery that stores power generated by a dynamo hub while cycling.

"There are millions of bicycles on the market with dynamo hubs that generate electricity while you ride," stated Joshua Hon, Dahon vice president. "We consider it a shame that most of that electricity is wasted because LED lights are so efficient these days and you don't need lights during the day anyway. So we came up with a way to capture and store that energy for use when you need it. It's personal power on demand."

The BioLogic FreeCharge connects to all dynamo hubs on the market. Proprietary circuitry converts and regulates the intermittent power generated by the dynamo hub, for input into the FreeCharge's high capacity lithium polymer battery. The battery then outputs a stable current to safely charge electronic devices. Devices that are not designed to output a stable current to electronic devices can damage the batteries of those devices. The BioLogic FreeCharge attaches to a bicycle by means of a wrap-around silicon case. The weatherproof silicon case even features sealed cable ports.

"A lot of us here at Dahon use iPhones and there are some pretty neat GPS and cycling computer applications available," stated Hon. "But the problem is battery life - 90 minutes into the ride and your phone is out of batteries. But now we're never out of power. So there were definitely selfish intentions when we began to develop this product. And the best part is that we're keeping our phones charged with power that we're generating."

Besides keeping electronic gadgets charged while cycling, the FreeCharge is also the perfect companion for vacations and business trips. A single FreeCharge can replace the entire tangle of phone, iPod, camera, voice recorder, and Nintendo chargers that are usually necessary. The FreeCharge can be charged by wall adapter or by USB from any computer. The FreeCharge includes a retractable USB cable with five interchangeable tips for Sony-Ericsson, Motorola, Nokia, LG and Mini USB devices. The FreeCharge will fully charge an Apple iPhone in under three hours.

In a related Eurobike announcement, Dahon is launching a bicycle mount for the Apple iPhone.

* BioLogic is a Dahon brand of cycling accessories and components designed for urban mobility. BioLogic, Dahon, FreeCharge, and Ios are trademarks of Dahon. iPod and iPhone are registered trademarks of Apple, Inc.

Dahon is committed to creating green mobility solutions for people who live active, environmentally friendly lifestyles. In 1982, Dahon ignited the folding bicycle revolution with the introduction of the Dahon Folder, the forefather of the modern-day folding bicycle. Dahon is the world leader in folding bicycles and is headquartered in California, with factories and offices in Taiwan, Macau, China, and the Czech Republic.