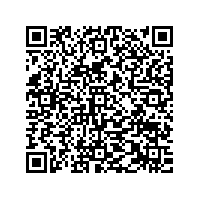 Subscribe to news
(PresseBox) ( Altdorf, 17-08-11 )
In the first half of 2017, the Datwyler Group increased its net revenue by 3.8% to CHF 644.5 million. While the Technical Components division suffered a decline in revenue, the Sealing Solutions division managed to accelerate profitable growth. The Group’s adjusted EBIT margin rose slightly to 13.5%, while the net result amounted to CHF 53.3 million. For 2017 as a whole, Datwyler is confident of maintaining the growth rate of the first half of the year. The Group expects net revenue of between CHF 1,270 million and CHF 1,310 million, and an adjusted EBIT margin within the top half of the 11-to-14% target range.

At a Group level, Datwyler maintained its profitable growth trajectory in the first half of 2017, with the Sealing Solutions division taking advantage of its leading positions in attractive global market segments to accelerate profitable growth. Demand for sealing components within the automotive industry in China and for prefilled syringes in the Health Care market segment proved to be particularly dynamic. However, the Europe-focused Technical Components division suffered a drop in revenue due to persistently weak demand in the business-to-consumer segment. The continuous revenue growth in the second quarter in the core business-to-business segment of distributors Distrelec and Reichelt is an encouraging sign.

“The Datwyler Group is growing profitably and is on track for the year as a whole,” says CEO Dirk Lambrecht. “Despite higher raw material prices and a drop in revenue at our subsidiary Nedis, we managed to keep operating profitability at the previous year’s level.”

We are continuing to dedicate more of our attention to long-term growth markets and have reached different stages of progress within the two divisions in this regard. Thanks to leading positions in attractive market segments, the Sealing Solutions division can increase organic growth by investing in expanded capacity and higher-quality production processes. We are tapping into further potential growth through the acquisition of companies that contribute new manufacturing technologies or open up new market segments. As far as the Technical Components division is concerned, we remain focused on strengthening our market positions. We are still looking to segment our markets and customers further, align our value proposition and offering strategy even more effectively with current and future customer needs and significantly increase our share of online business. Therefore, we want to offer our target customers added value in future with the most appealing packages and the shortest response times. Distrelec’s new enterprise hub in Manchester is pursuing this very objective by managing products, suppliers, procurement, e-commerce and marketing efficiently from one location.

The Sealing Solutions division managed to accelerate profitable growth in the first half of 2017. Thanks to our leading positions as well as new components going into serial production, net revenue rose yearonyear by 9.7% to CHF 420.2 million (previous year: CHF 383.1 million). Adjusted for positive acquisition effects and slightly negative currency effects, the division achieved organic growth of 6.2%.

For the fifth consecutive time since the merger of the two former divisions, the sealing business raised the operating result (EBIT) – which increased to CHF 78.6 million (previous year: CHF 72.5 million). This equates to an EBIT margin of 18.7% (previous year: 18.9%). Higher raw material prices as well as spending to stimulate growth prevented profits from growing further at this juncture. Our growth projects include the expansion of sales activities and technical services, the intensification of marketing efforts, start-up expenditure on the new Health Care plant in the USA and initial investments in the new mixing plants in the Czech Republic and Belgium. The construction of the new US plant is on schedule, while certifications by customers in relation to the two new mixing plants are likely to be completed by the end of 2017. Additional capacity expansion measures are in the pipeline to encourage growth.

The Health Care market segment has launched a new offering strategy to which customers have responded positively. Sales of high-quality sealing components for prefilled syringes have grown faster than the market average. The upgrading of part of our Indian plant to FirstLine standards will soon be completed.

The Automotive market segment posted very strong revenue growth in China in particular. Europe developed on a par with the previous year, while the US growth rate fell slightly. Market penetration of diesel vehicles with SCR (selective catalytic reduction) technology for treating exhaust gases is continually increasing, and this is leading to a sharp rise in sales of sophisticated sealing components. The change in name to Datwyler marked the completion of the integration of Origom, the Italian company acquired in 2015. We are actively using synergies in the customer portfolio for Ott, the firm that we acquired in 2016. Implementation of the first new product applications is currently ongoing. Revenue in the Civil Engineering market segment was again up considerably year-on-year, while the Nespresso order in the Consumer Goods market segment continues to be a source of satisfaction.

In the first half of 2017, the Europe-focused Technical Components division managed to increase revenue in the core business-to-business segment of distributors Distrelec and Reichelt. However, demand was down in the business-to-consumer segment. Overall, net revenue fell to CHF 224.3 million (previous year: CHF 238.0 million). Taking negative currency effects into account, this equates to an organic decline of 4.1%. Weak demand affecting home and consumer electronics wholesaler Nedis prevented a better revenue performance. RND, the new house brand for standard products, made a positive contribution to revenue and is becoming increasingly popular in all distribution channels. Given the shortfall in revenue, particularly at Nedis and in the Swiss market, the reported operating result (EBIT) at divisional level dropped to CHF 1.5 million (previous year: CHF 9.2 million) despite good cost control and an improved gross margin. Provisions for impairment of stock due to weak business-to-consumer sales nullified the higher gross margin. Before one-off costs of CHF 6.6 million (mainly related to the development of Distrelec’s new enterprise hub in Manchester), adjusted EBIT amounted to CHF 8.1 million, giving an adjusted EBIT margin of 3.6% (previous year: 4.5%).

In terms of Distrelec, our focus this year is on developing the new enterprise hub announced for Manchester, which will manage products, suppliers, procurement, e-commerce and marketing centrally for all markets covered from the end of 2017. Around 90 jobs across four sites in Sweden, Germany, Switzerland and Italy will consequently be moved to Manchester. Overall, Datwyler expects one-off costs of around CHF 8 million, which will bring annual recurring cost savings of CHF 3 million. The project is on track in every respect. Distrelec will serve and supply its customers in all its markets without interruption and with its usual reliability. The central distribution centre in the Netherlands has performed steadily, helping to increase product availability and ensure punctual delivery. With the exception of Switzerland and Norway (where there is a considerable business-to-consumer focus), this has already translated into a slight increase in revenue.

Reichelt grew profitably in the first half of 2017 but still offers significant optimisation potential for the future. Growth in the business-to-business segment in Switzerland and abroad more than offset the weak demand in the business-to-consumer segment. The international expansion is advancing well and making a major contribution to growth.

Nedis suffered a serious drop in revenue in the first half of the year, not least because of the deliberate reduction in unprofitable business. The home and consumer electronics wholesaler operates in a very challenging market segment where demand is falling and competition is high. The growing trend of online shopping in the consumer segment has hastened the closure of small and medium-sized retail businesses. Nedis has lost many of its traditional customers as a consequence. Establishing the business as a profitable supplier to the major online retailers is challenging as well. The problem is identified and the strategy is being reviewed. Firstly, Nedis will consolidate its own product brands. This will result in efficiency enhancements and cost savings along the entire supply chain. Nedis will also implement further savings with regard to operating costs and concentrate more on market trends such as smart home technology, while its customer-specific packages will provide a unique selling proposition.

For the second half of 2017, we are confident that the Datwyler Group can maintain the growth rate of the first half of the year. We expect the economic climate to remain favourable during this time. The Sealing Solutions division should manage to build on its performance in the first half of 2017 and exceed average market growth levels again across the four market segments in the second half of the year. We anticipate the revenue and margin performance of the Technical Components division in the second half of the year to be better than it was in the first half – supported by rising trading volumes in the business-to-business segment during the second quarter. Due to ongoing restructuring projects, we expect the Technical Components division to incur one-off costs of around CHF 10 million for the year as a whole (with CHF 6.6 million having already been entered into the accounts). We expect the Group’s net revenue to be between CHF 1,270 million and CHF 1,310 million for the full year. As in the first half of 2017, the adjusted EBIT margin should end up within the upper half of the 11%-to-14% target range.

The Datwyler Group is a focused industrial supplier with leading positions in global and regional market segments. With its technological leadership and customised solutions, the Group delivers added value to customers in the markets served. Datwyler concentrates on markets that offer opportunities to create more value and sustain profitable growth. The Sealing Solutions division is a leading supplier of custom sealing solutions to global market segments, such as the health care, automotive, civil engineering and consumer goods industries. The Technical Components division is one of Europe's foremost high-service distributors of maintenance, automation, electronic and ICT components and accessories. With a total of some 50 operating companies, sales in over 100 countries and more than 7'000 employees, the Datwyler Group generates annual revenue of more than CHF 1'200 million. The Group has been listed on the SIX Swiss Exchange since 1986 (security number 3048677).