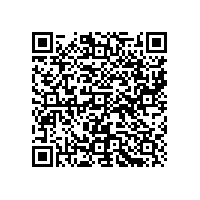 (PresseBox) ( Farnborough, 12-07-19 )
The current and, mainly, future development of the Czech aviation sector was discussed on 9 July 2012 during a conference held within the programme of the Farnborough International Airshow in Great Britain. Representatives of global aircraft manufactures attending the conference praised the level of Czech industry and acknowledged the importance of state aid. The event was organised by CzechInvest in cooperation with the Confederation of the Czech Aviation Industry and the Embassy of the Czech Republic in London.

"The global boom in the aviation sector is reflected in the development of the Czech aviation industry and the period of success that it is currently enjoying," says Miroslav Krizek, CEO of CzechInvest. "Together with companies, we want in the future to improve cooperation between manufacturers with the aim of increasing industrial potential and development of innovations. The subject of improving the education system is very topical at present, as the developing aviation industry will need a sufficient number of skilled workers."

Eduardo Bonini, vice-president of the Brazilian aviation giant Embraer, and Paul Theofan, president and COO of GE Aviation Czech, took part in the panel discussion titled Strategic Challenges in the Aviation Industry - European and Czech Perspectives. Both of these global firms have close ties with Czech industry. Embraer is collaborating with Aero Vodochody on the development of the new KC390 military aeroplane and GE Aviation manufactures turboprop engines in Prague. "We highly value the support that GE Aviation has received from CzechInvest and the Ministry of Industry and Trade in the Czech Republic. Assistance from the state was of key importance for the success of our H80 turboprop aircraft engine. I believe that our effective cooperation will continue and thus help the development of our activities in the Czech Republic," says Paul Theofan.

CzechInvest's representative in Great Britain, Michal Mravinac, COO of the Confederation of the Czech Aviation Industry, Petr Rehor, and Ladislav Simek, Chairman of the Board of Directors of Aero Vodochody also contributed to the discussion. "In comparison with other countries, the advantage of the Czech aviation industry consists in its better coordination, thanks to which we have succeeded in consolidating our position as a stable part of the supply chains of the biggest global manufacturers," says Ladislav Simek. Today Czech aviation companies rank among the suppliers of the world's most important aviation firms, such as Boeing, Airbus, Embraer and Sikorsky.

From 9 to 15 July the Farnborough International Airshow, which is this year’s biggest sectoral event, hosted 1,400 exhibitors from the fields of aviation, defence and security.

CzechInvest has been supporting the inflow of foreign direct investments to the Czech Republic for twenty years already. Since its establishment in 1992, the agency has mediated 1,798 investment projects with the total value of more than CZK 715 billion, thanks to which nearly a quarter of a million new jobs have been created. CzechInvest contributes to improving the overall business environment in the Czech Republic and strives to increase the competitiveness of the Czech economy in changing conditions. Since 2004, the agency has also operated as the implementation body for EU structural funds and has regional offices staffed by specialists in every regional capital in the Czech Republic. CzechInvest's CEO, Miroslav Křížek, was named Manager of the Year 2011 in the Business and Public Services sector.