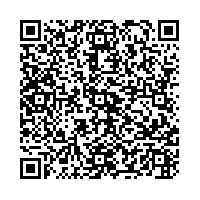 Subscribe to news
(PresseBox) ( San Diego, 10-08-06 )
Cytori Therapeutics (Nasdaq:CYTX) reports second quarter and first half 2010 financial results. Further details, including progress of the Company's commercial activities and product development pipeline, are provided in the 'August 2010 Shareholder Letter', which may be accessed at http://ir.cytoritx.com.

Yeartodate, the Company has executed on the following stated business goals and objectives:

Total operating expenses were $6.3 million and $11.8 million for the second quarter and first six months of 2010, respectively, compared to $8.2 million and $14.6 million for the same periods, respectively in 2009. Compared to the same periods a year ago, the decline in total operating expenses are primarily due to a net reduction in noncash expenses for changes in fair value of the warrant and option liabilities. We experienced a decrease in research and development expenses, partially offset by a greater investment into sales and marketing efforts as well as increased corporate costs.

Net cash used in operating activities was $4.5 million for the three months ended June 30, 2010 as compared to $6.0 million for the same period in 2009. Cash and cash equivalents as of June 30, 2010 were $38.1 million and we ended the quarter with $2.6 million in net accounts receivable. We believe that these amounts can fund our operations into the first quarter of 2012, including anticipated costs for initiating our pivotal European heart attack trial.

Cytori continues to expand the number of Celution(R) and StemSource(R) products in the field while simultaneously investing to grow system adoption and consumable usage. Expanding the approved Celution(R) indicationsforuse in Europe, which include new medical applications such as breast reconstruction and the repair of wounds, such as those resulting from Crohn's disease, positively impacts our ability to sell systems to hospitals. This immediately expands our market opportunity as sales efforts to date have been focused primarily on cosmetic surgery clinics. We anticipate that 12 month results from our RESTORE 2 breast reconstruction trial will support our efforts to gain reimbursement for breast reconstruction in Europe. In addition, PureGraft(TM) approval in the U.S. and Europe now expands our product portfolio to more comprehensively address the autologous fat grafting market. When combined, the importance of the expanded claims and PureGraft(TM) approvals support the Company's transformation from a primarily research and development organization to a multiproduct, multimarket, salesdriven organization.

Cytori will host a conference call and question and answer session at 10:30 AM Eastern Time today to further discuss these results. The audio webcast of the conference call may be accessed under "Webcasts" in the Investor Relations section of Cytori's website (www.cytori.com). The webcast will be available live and by replay two hours after the call and archived for 90 days.

This press release includes forwardlooking statements regarding events, trends and business prospects, which may affect our future operating results and financial position. Such statements, including, but not limited to, the expectation that expanded European regulatory approval for Celution(R) will improve our ability to sell systems to hospitals and expand our market opportunity, our ability to fund operations into 2012, the expectation that our breast reconstruction trial results will support our product reimbursement efforts , and our expectation that the US and European launch of PureGraft(TM) will support ongoing perprocedure revenues are all subject to risks and uncertainties that could cause our actual results and financial position to differ materially. Some of these risks and uncertainties include, but are not limited to, risks related to our history of operating losses, the need for further financing and our ability to access the necessary additional capital for our business, inherent risk and uncertainty in the protection of intellectual property rights, regulatory uncertainties regarding the collection and results of clinical data, uncertainties relating to the future success of our sales and marketing programs, dependence on third party performance, as well as other risks and uncertainties described under the "Risk Factors" in Cytori's Securities and Exchange Commission Filings on Form 10-K and Form 10-Q. We assume no responsibility to update or revise any forwardlooking statements to reflect events, trends or circumstances after the date they are made.

This news release was distributed by GlobeNewswire, www.globenewswire.com