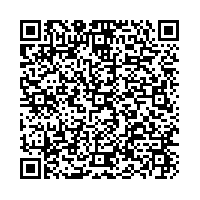 Subscribe to news
(PresseBox) ( Jena, 09-03-17 )
The CyBio Group (German Stock Exchange, General Standard, ISIN Number DE005412308) closes the year 2008 with a turnover of 16.6 million EUR (previous year: 19.16 million EUR). Adjusting previous year's turnover to the turnover of the CLS Laborautomationssysteme GmbH (former accelab GmbH) and CyBio France in the amount of 3.58 million EUR, turnovers in 2008 increase of 106.5% compared to the previous year. The preliminary consolidated income after taxes amounts to a loss of approximately 4.2 million EUR (previous year: -4.5 million EUR), of which 2.1 million EUR are ascribed to special effects. The EBIT in 2008 is approximately -3.8 million EUR. The annual result was primarily burdened with the depreciation on assets of the CLS and losses of the legal entities "Northern Europe" and "Japan".

The need for restructuring the subsidiaries CLS and USA was already visible in 2007. Furthermore, in the course of 2008, it was deemed necessary to reorganize the other shares of the Group, including Northern Europe and Japan.

By initiating immediate action, the US subsidiary was able to turnaround its operating loss in 2008 with a successful turnover. In the Japanese and British subsidiaries, adjustments to the distribution strategy were carried out, and significant increases in sales and improvements can be expected in 2009. With an asset deal the CLS has been positioned to pass into an orderly liquidation, thus the threatening liquidity outflows for the CyBio Group have successfully been stopped.

The company focuses on the consistent continuation of the refurbishment and expects a balanced result for 2009, which will already be visible in the first quarterly results.

Necessary steps included the realignment of the sales strategy and the streamlining of the management.

Other measures comprised especially the targeted revision of the product portfolio, as well as the introduction of new products, which will make new market segments possible for the CyBio Group.

With the Analytik Jena AG's majority shareholding (51.19%) of the CyBio AG in February 2009, sales, development and innovation skills are combined, and new market opportunities are established for both companies. The participation offers both concerns the possibility to act together globally from Germany and thus use synergy effects in the interest of their customers.

The current situation and further prospects of the company CEO Holger Wolf comments as follows: "With the initiated renovation we made crucial strategic steps, so that for 2009 we expect to be in the black. Basically, CyBio has the potential but not the critical size to make significant investments in future growth, thus the takeover by the Analytik Group Jena is essential. Particularly in international sales as well as in the development and the efficiency of the production significant potential is suspected."