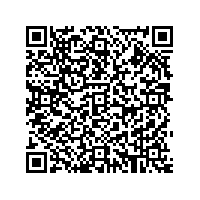 Cyber-Ark: FSA #3m fine on HSBC could easily have been avoided

Subscribe to news
(PresseBox) ( Dedham, 09-07-24 )
The three million pounds-plus fine imposed on three of HSBC's divisions for failing to adequately protect customer data could easily have been avoided if the banking group has made use of digital data vaulting technology, says Cyber-Ark.

Reports that the FSA has hit HSBC's Life UK, Actuaries and Consultants plus Insurance Brokering divisions with heavy-duty fines are the direct result of the bank not using a secure mechanism to allow distributed access to customer's data," said Mark Fullbrook, UK and Ireland Director with the data integrity and security specialist.

"Data vaulting takes the best of encryption and IT security technologies to create data silos into which data can be stored, accessed on a shared basis and edited on a controlled - and auditable - basis," he added.

According to Fullbrook, data vaulting technology is at the heart of Cyber-Ark's Inter Business Vault (IBV) which not only allows data to be stored securely on a fully auditable basis, but also permits the information to be shared collaboratively between users.

The result with IBV is that files can be shared as easily and effectively as some of the cloud-based systems currently available, but with the important proviso that the data remains secure and under full control of the originating organisation concerned.

Most data security systems, he explained, are a trade-off between ease of access and the level of security involved, but IBV offers the best of both worlds, since it offers high levels of encryption and security plus relatively easy shared access.

The HSBC group has been criticised by the FSA for being careless about losing data on more than 180,000 of its customers that could fall into the hands of criminals, the Cyber-Ark Director said.

"If the bank had made a modest investment in IBV technology then it could have prevented this embarrassing - and expensive - situation occurring," he said.

"And you can probably guess who will end up paying for this mistake in the longer term - that's right, the bank's customers," he added.