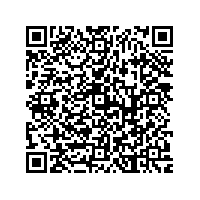 Product to launch in EMEA at ECCMID Conference April 22-25, 2017 / IAI Panel covers up to 130 diagnostic targets

(PresseBox) ( Amsterdam, the Netherlands, and Holzgerlingen, Germany, 17-04-20 )
Curetis N.V. (the "Company" and, together with Curetis GmbH, "Curetis"), a developer of next-level molecular diagnostic solutions, today announced the successful completion of clinical performance evaluation and CE-IVD marking of its fourth Unyvero Application Cartridge for the diagnosis of severe intra-abdominal infections (IAI). The IAI Cartridge covers up to 92 bacteria, 13 fungi, 3 toxins and 22 resistance markers. The panel includes molecular markers for, among others, Clostridium difficile, Clostridium perfringens, Aeromonas spp. as well as for difficult-to-cultivate strains such as Prevotella spp., that are often overlooked in the presence of aerobic / fast-growing microorganisms. It also comprises important antibiotic resistance markers such as Colistin resistance marker mcr-1, Fosfomycin resistance marker fosA3 and Nitroimidazol resistance markers nimA and nimB.

The prospective, multi-center study to evaluate clinical performance was conducted over the past few months at major hospitals in the UK, in France, and Italy. In total, 332 patient samples were tested and 679 pathogens were determined as true positives using the Unyvero IAI Application Cartridge. Overall weighted average sensitivity for the pathogens specifically targeted by the test panel was 93.8% at an overall weighted average specificity of 99.7% following discrepant result resolution.

A particular strength of the IAI cartridge is the reliable detection of anaerobic bacteria that are notoriously hard to cultivate and thus often missed by routine microbiological culture. Further, the Unyvero IAI has also demonstrated the ability to deliver results on pathogens, toxins, and resistance markers much faster than microbiology culture, the current standard of care.

The IAI Cartridge aims to support clinicians in the fast and reliable diagnosis of various severe conditions, including peritonitis, cholecystitis and acute pancreatitis, and addresses a market of up to 1.9 million patients in hospitalized settings in Europe and the U.S. per year. Together with the Unyvero System, the IAI Cartridge can process a broad variety of clinical samples including tissue, ascites in positively flagged blood cultures, and gastric juice.

"We are excited about this fourth unique application now being launched for our Unyvero System," said Dr. Achim Plum, CCO of Curetis. "The IAI Cartridge complements our Pneumonia, ITI and BCU cartridges, and further expands our portfolio of applications for severe infections in hospitalized patients. It will not only allow existing Unyvero customers to further broaden the use of their systems, but it will also attract new customer groups."

Dr. Oliver Schacht, CEO of Curetis, added, "The IAI panel is a first in class and highly differentiated syndromic testing panel and will be followed by new panels in the areas of severe urinary tract infections, sepsis host response, expanded panels in respiratory diseases and cardiology-related infections in the coming years."

CAUTION - Investigational device. Limited by Federal (or United States) law to investigational use. The information contained in this communication does not constitute nor imply an offer to sell or transfer any product, and no product based on the Curetis Unyvero technology is currently available for sale in the United States of America or Canada. The analytical and clinical performance characteristics of any Curetis Unyvero product which may be sold at some future point in time in the U.S. have not yet been established.

This document constitutes neither an offer to buy nor to subscribe securities and neither this document nor any part of it should form the basis of any investment decision in Curetis.

Founded in 2007, Curetis is a molecular diagnostics company which focuses on the development and commercialization of reliable, fast and cost-effective products for diagnosing severe infectious diseases. The diagnostic solutions of Curetis enable rapid multi-parameter pathogen and antibiotic resistance marker detection in only a few hours, a process that today can take up to days or even weeks with other techniques.

To date, Curetis has raised EUR 44.3 million in an IPO on Euronext Amsterdam and Euronext Brussels and private equity funds of over EUR 63.5 million. Furthermore, Curetis has entered into a debt financing facility with EIB for up to EUR 25 million. The company is based in Holzgerlingen near Stuttgart, Germany. Curetis collaborates with Heraeus Medical, pharmaceutical companies, and has entered into several international distribution agreements covering many countries across Europe, the Middle East and Asia.

In 2017, Curetis established Ares Genetics GmbH, a wholly-owned subsidiary of Curetis GmbH in Vienna, Austria. Ares Genetics is dedicated to maximizing the R&D and related scientific and business opportunities of the GEAR assets acquired in 2016 for the entire Curetis Group.