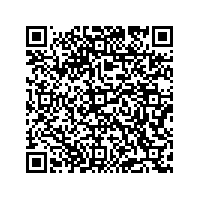 (PresseBox) ( London, 09-03-18 )
According to the findings of a survey by endpoint data protection security experts, Credant Technologies, 80% of phone users store information on their phones that could easily be used to steal their identities. The research surveyed 600 commuters at London railway stations about their mobile phones, typical usage and the types of sensitive information stored on them. The results were horrifying :

Further investigation reveals the information stored is not restricted to personal details as most users also use their personal devices for business use :

- 99% of people use their phones for some sort of business use - even though 26% have been instructed by their employer not to do so
- 35% receive and send business emails
- 77% keep business names and addresses
- 30% use them as a business diary
- 17% download corporate information, such as documents and spreadsheets
- 23% store customers information

When you consider that 4 out of 10 people are not password protecting their devices, it makes many millions of users seriously exposed to the trappings of mobile phone criminals and opportunists who can use this information to clone someone's personal, or even corporate, life.

According to Paul Huntingdon - Public Sector Director at Credant Technologies and adviser to many Government departments and large corporations, "Once you have access to someone's emails, passwords, birthdays, business diary, documents, children's names and pets you can easily masquerade as that person, sending out emails under their name, read all their corporate data and get to see every personal detail of their life. People are ignorant to how easy a professional thief could take over their life and effectively destroy it. It is therefore imperative that all mobile phone users, even with the most basic handset, password protect and encrypt them."

Steve Gold, Telecoms journalist and IT expert adds "People can be destroyed when their phone gets into the wrong hands - for example blackmail, abuse and threats, just by leaving it accessible without password protection. Imagine how easy it would be to assume or destroy the life of a colleague just by stealing their phone - if it was the company chairman's phone you could send emails from him announcing his resignation - a practical joke with serious consequences."

* The headline figure of 4.2 million UK mobile phone users open to identity theft was extrapolated from figures obtained from the Department for Transport (http://tinyurl.com/dazz3k) which showed there are 70 million phone users in the UK and according to the Credant Technologies survey, 40% are not password protected, this figure was times by the average of people leaving sensitive details on their mobile phones which is: 15% who store highly sensitive data, such as bank account details, 24% store PIN numbers and passwords, 11% store social security details and 10% store credit card information which comes out at 15.25% of phone users who are leaving highly sensitive data on their phones that could be used to steal their identity. Ergo 40% x 15% x 70 million = 4.2 million phones

CREDANT Technologies is the market leader in endpoint data protection solutions that are critical components of an endpoint protection platform. CREDANT's data security solutions preserve customer brand and reduce the cost of compliance, enabling business to "protect what matters." CREDANT Mobile Guardian is the only centrally managed endpoint data protection solution providing strong authentication, intelligent encryption, usage controls, and key management that guarantees data recovery. By aligning security to the type of user, device and location, CREDANT ensures the audit and enforcement of security policies across all computing endpoints. Strategic partners and customers include leaders in finance, government, healthcare, manufacturing, retail, technology, and services. CREDANT was selected by Red Herring as one of the top 100 privately held companies and top 100 Innovators for 2004, and was named Ernst & Young Entrepreneur Of The Year 2005. Austin Ventures, Menlo Ventures, Crescendo Ventures, Intel Capital, and Cisco Systems are investors in CREDANT Technologies. For more information, visit www.credant.com.