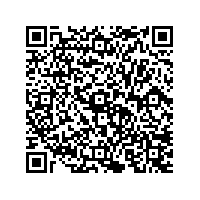 Even IT Security Professionals can't be bothered with Passwords, says survey!

Subscribe to news
(PresseBox) ( Dallas, 09-06-24 )
IT Security professionals admit that they are suffering from password fatigue when it comes to using their mobile devices, which leaves their data exposed to personal and corporate identity theft if these devices were to fall into the wrong hands. That’s according to a survey released today by endpoint data protection specialists CREDANT Technologies, who conducted the “mobile usage survey” amongst 227 IT professionals with the majority drawn from companies that employ more than 1000 people.

Thirty five percent revealed they just don’t get around to using a password on their business phones and smartphones, even though they know they should as they contain sensitive and confidential information! Surprisingly, IT professionals are only marginally better at using passwords than the general population, as a survey conducted earlier in the year by CREDANT found that 40% of all users don’t bother with passwords on their mobile phones.

The sorts of information that IT professionals are storing on their smartphones and mobiles, many of which are totally unprotected with a password, include:

Andrew Kahl, Sr. VP of Operations & Co-Founder from CREDANT Technologies explains “It is alarming to note that the very people who are responsible for IT security are not much better at protecting the information on their business phones than most of their co-workers, who don’t necessarily know any better. If a mobile or smartphone goes missing and isn’t protected with a password, and contains business names and addresses and other corporate data such as business emails, then the company is immediately in breach of the data protection act by failing to meet some of its principals on electronic data.”

“Of even greater concern is the damage that can be done to a company, and the individual who is responsible for the phone, if it falls into the wrong hands, which could expose them to personal or corporate identity theft. It is therefore imperative that all mobile phone users who hold sensitive data, either personal or corporate, should always password protect it at a minimum - and encrypt it if the data is really sensitive,” added Kahl.

According to the IT professionals surveyed, the worst culprits at addressing mobile security within their companies are typically the sales teams, followed by the board of directors and senior management. HR comes out as the best at keeping their mobiles aligned to the corporate mobile security policy.

CREDANT® Technologies is the market leader in endpoint data protection solutions. CREDANT's data security solutions mitigate risk, preserve customer brand, and reduce the cost of compliance, enabling business to "protect what matters." CREDANT Mobile Guardian is the only centrally managed endpoint data protection solution providing strong authentication, intelligent encryption, usage controls, and key management for data recovery. By aligning security to the type of user, device, and location, CREDANT permits the audit and enforcement of security policies across all computing endpoints. Strategic partners and customers include leaders in finance, government, healthcare, manufacturing, retail, technology, and services. CREDANT has been recognized by Inc. magazine as the #1 fastest growing security software company in 2008 and 2007; was selected by Red Herring as one of the top 100 privately held companies and top 100 Innovators; and was named Ernst & Young Entrepreneur of the Year 2005. Austin Ventures, Menlo Ventures, Crescendo Ventures, Intel Capital (NASDAQ:INTC), and Cisco Systems (NASDAQ:CSCO) are investors in CREDANT Technologies. For more information, visit www.credant.com.

This survey was conducted amongst