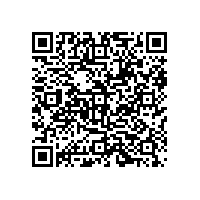 This means that as far as turnover is concerned, COR&FJA is performing in line with expectations, although a comparison with the same period last year is impossible because the relevant data still included the turnover figures of the now disposed-of Banking segment as well as those from the previous full consolidation of the plenum subgroup. The EBITDA figures in the current reporting period are likewise in line with COR&FJA's plans and are shaped significantly by the deconsolidations of the former banking subsidiary and the plenum subgroup, which have resulted in non-recurring income in the medium seven-figure range.

Cash flow from operating activity was similarly pleasing, more than doubling since the corresponding quarter last year to 12.3 million euros. As at the end of the first quarter of 2014, COR&FJA has an aggregate workforce of 881 (31 December 2013: 1,116) employees. This significant decrease results in particular from the fact that Sopra Banking Software GmbH (formerly COR&FJA Banking Solutions GmbH) and plenum AG and their subsidiaries are no longer part of COR&FJA AG's consolidated group.

In view of the current market and sales situation, COR&FJA is expecting to generate turnover of roughly 100.0 million euros and an operating result before interest, taxes, depreciation of property, plant and equipment and amortisation of intangible assets (EBITDA) of some 11.0 million euros in the current financial year 2014.

The COR&FJA Group is one of the leading software and consulting companies for the European insurance sector, focusing on life insurance companies and providers of company pension funds. Its service spectrum ranges from standard software and the provision of consultancy services to the handling of IT operations (i.e. application service providing).

The COR&FJA Group has its head office in Leinfelden-Echterdingen and offices in Munich, Aachen, Düsseldorf, Hamburg, Cologne and St. Georgen, as well as subsidiaries in the Netherlands, Austria, Switzerland, Slovakia, Slovenia, Poland, the Czech Republic, Portugal and the USA. It currently employs a workforce of nearly 900.