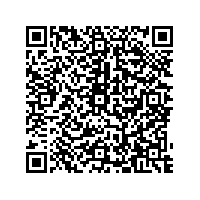 
Lower Saxony’s Premier Stephan Weil visited Continental yesterday at the test site in Asahi, just under two hours’ drive east of Tokyo, as part of his trip to Japan. Continental uses this circuit of around three kilometers to test various products including new brake systems and advanced driver assistance systems.

He anticipates that automated driving will help to prevent accidents and reduce traffic congestion. Which is why lower saxony has set up its own test field. But it also requires a range of testing options worldwide. This is why it is a good thing for engineers to be working together on an international scale, said Weil during his visit to the Continental test site in Japan.

As part of his visit, Premier Stephan Weil witnessed a test drive in a prototype vehicle for highly automated driving, which had been specially adapted to Japanese traffic requirements. In this kind of car, drivers can let go of the steering wheel and take their feet off the pedals, for example when driving on the freeway. In the interim, a high-performance computer performs the task of driving aided by a whole host of cameras as well as radar and laser sensors. Drivers only have to take back control of the vehicle when called to do so by the vehicle electronics. During the test drive, Stephan Weil talked to Berthold Wolfram about international automated driving development.

Continental has over 1,300 developers in Europe, the U.S.A., China and Japan working on automated driving to ensure its future feasibility in an increasing number of driving situations and vehicles. Maintaining close contact across national borders and performing tests in all regions is vital in ensuring that vehicle manufacturers can gradually bring this technology, which can be adapted to specific local requirements, into volume production.

Continental commenced business operations in Japan back in 1982. Around 1,400 people now work for the technology company in research, development and production at a total of 13 locations in Japan. Electronic brake systems, for example, are produced in Hamakita. Continental’s Japanese headquarters are based in Yokohama. For Japanese manufacturers, Continental develops and produces products and systems from all parts of the company ranging from brake systems and advanced driver assistance systems, tires and products from the ContiTech portfolio right through to components for the powertrain as well as vehicle connectivity and driver information.

Continental develops pioneering technologies and services for the sustainable and connected mobility of people and their goods. Founded in 1871, the technology company offers safe, efficient, intelligent and affordable solutions for vehicles, machines, traffic and transport. In 2016, Continental generated sales of €40.5 billion and currently employs more than 227,000 people in 56 countries.