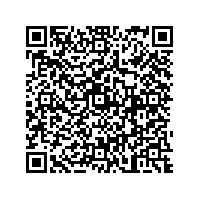 Passport receives its second award since deployment in August 2012

(PresseBox) ( New York, USA, 13-03-11 )
ComQi, the leading digital in-venue media management company today announced that its Passport platform had won an award for In-Store Engagement at the 2013 Shopper Innovation Awards. The Passport application allows users to use their smartphone to control content on a digital signage screen to play games, select videos on demand, get money-off coupons and link to their Facebook and Twitter feeds. The product has been received very well by the market and has been deployed in cinemas and fast food outlets in the US and Israel. The Shopper Innovation awards are an annual event presented by Strategy - an industry body for Canada's marketing community. Other major award winners at the event were McDonalds and Mastercard.

The award stated: ComQi issues a Passport for digital play - ComQi's Passport was created to bridge the virtual and physical retail environments by allowing consumers to interact with content and messaging on digital screens using their smartphone. Content on the screen is paired with a unique QR code, which users can scan to access product information, coupons, loyalty programs and interactive gaming. It can also incorporate social media sites, including Facebook, Twitter and Foursquare, so that consumers can share their experiences with friends. Consumers have access to way-finding information, "what's on" listings and specific offers, with some companies also integrating queue management, reservations and ticket purchasing systems. The Passport differentiates itself from other mobile-focused applications in that it uses HTML5 technology to allow rich web-based apps to run on any device, therefore consumers never need to install an application on their phone.

"We are very pleased to have win this prestigious Shopper Innovation award for Passport - especially as it was given to us by Canada's marketing community and Passport was developed in Canada. Passport allows retailers and other venues to integrate all digital customer touch-points within a venue into a single solution. This platform closes the loop between online and offline by identifying and targeting customers to give them a personalized experience using a combination of digital signage, music, mobile, touch, social and the web." said Ajay Chowdhury, ComQi's CEO.

Passport was deployed in August 2012 and has now won two awards for its excellence in the Digital Signage Industry. The first award was from the Digi Awards, winning the Best New Content Management Software, Web-based, in Digital Signage Technology.

ComQi is a global leader providing a powerful multi-channel message management platform that controls a network's content and infrastructure, closing the loop between digital signage, mobile, web and social media within a venue. ComQi won numerous awards including the AV Technology Award for the Best Digital Signage Product in 2011. It has been voted as the number one global digital signage provider for three years in a row by DailyDOOH and a Tier One player by Frost & Sullivan for the second year in a row.

ComQi's mission is to deliver an end-to-end solution that is tailored to engage consumers by optimizing communications and marketing strategies that provide the best ROI. By putting the consumer at the center of the experience, ComQi enables Connected Experiences through a single platform that offers media distribution, network and content management, interactive experiences and impact measurement. ComQi offers all these solutions directly or by partnering with systems integrators, distributors and marketing agencies.

ComQi's hundreds of customers include leading brands around the world, such as Care Media and Six Flags (in the US), McDonald's and The Premier League (in the UK), CinemaxX (in Germany), Toys 'R' Us (in China) and Carrefour and Credit Lyonnais (in France).


With over 12 years of expertise and more than 400,000 displays worldwide, ComQi is a global company headquartered in New York with offices in Jerusalem, Toronto, London, Paris, Hong Kong Shanghai and a representative office in India.