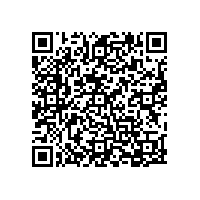 As in the first quarter, the Group's rental revenues showed marked improvement over 2008. Adjusted rental income increased by 8.6 percent, from 27.9 to 30.3 million Euros, while the net operating income (NOI) in the rental sector grew from 18.4 million Euros to 21.6 million Euros, a disproportional increase of 17.4 percent. Compared to the first quarter of 2009, a further improvement of rental income was achieved, from 10.6 to 11 million Euros. This development was due mainly to the systematic cost management and the comprehensive action plan for optimizing revenues from management of the real estate portfolio.

The positive trend in rental revenues was accompanied by a reduction in the vacancy rate of 9.8 percent over the previous half-year. Adjusted for acquisitions and sales (like-for-like), vacancies declined to 13.8 percent (H1 2008: 15.2 percent). The average rent per square meter increased by 2.2 percent to 4.63 Euros.

The asset management sector - represented by the subsidiary CRE Resolution GmbH - performed below expectations in the second half-year. The main reason for the result in this sector was the low number of transactions in the market, as well as special factors. Compared to the same period last year, earnings declined by 21.6 percent from 3.7 million Euros to 2.9 million Euros with a net result of minus 1.1 million Euros as of 30 June 2009. Still, CEO Stephan Rind expressed optimism about the outlook for this sector going forward. "Portfolio management continues to contribute positive margins," Rind noted. "The transactions sector remains impacted by the weak investment market. However, we expect this to revive in the second half. Additionally, the Workout Platform of CRE Resolution is now ready for deployment. Together with prominent partners, we can now offer a nationwide, custom-tailored service to banks, investors and insolvency administrators. The second quarter saw the acquisition of first mandates, further mandates are in final negotiations."

On the financing side, CRE AG is soundly positioned. Initial refinancing actions with a volume of 15 million Euros are not required until 2010, and the Group's equity ratio increased to 26.1 percent in the second quarter, returning to the long-term target range of 25-35 percent.

Looking to the second half-year, Rind expects the transaction market to start recovering - though slowly - and expects increasing revenues particularly in the area of residential renovation. "In this area, we are anticipating a disproportionate increase in both revenues and profitability. In Berlin, for example, our subsidiary CRE Accentro already certified major sales above book value in the second quarter, which will contribute to third-quarter earnings. On the basis of our continually improving rental income and the implemented cost reductions, and in view of the reviving transaction market, we continue to anticipate an operating profit for the 2009 fiscal year."

A conference call with analysts will take place today, August 13, 2009, at 11 am CET. Anyone wishing to can follow it live online at http://cre130809-live.cyber-presentation.de. The complete half year financial report will be available for downloading at http://www.cre.ag/121/Investor_Relations/Reports_Presentations/Financial_Reports.htm.