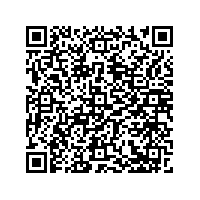 Cornelius Brandi, Executive Chairman of CMS, commented, "2013 was a particularly good year for CMS. Despite the global economic situation, we managed to increase our revenue and our profitability. We established an office in Istanbul which has in its first six months of existence proved successful and we signed a co-operation agreement with energy specialists Woodhouse Lorente Ludlow in Mexico. At the end of last year, Dundas & Wilson of Scotland, a premier firm with over 250 years of history and ZPG Avocats SA, a top-tier firm in French-speaking Switzerland, agreed to merge with CMS.

"All of these are constructive developments that show CMS as an attractive partnering option within the legal industry. We are proud that in 15 years we have built the largest legal footprint in Europe and are consistently ranked number one for M&A deal volume in the region.

"CMS is in a very strong competitive position in our key sectors of energy, financial services, lifesciences and TMT, where we executed some highly complex cross-border matters in 2013. We feel confident that there are opportunities ahead as we move towards a more positive eco-nomic outlook across the world."

CMS added 31 new partners in 2013, including eight lateral hires, taking the total to over 800.

Technology, Media and Telecommunications
- Advised Telefónica Deutschland on its acquisition of E-Plus, a mobile service provider, for €3.7bn and an initial share of 24.9% of the merged company, subject to regulatory authority approval
- Advised Kohlberg Kravis Roberts on its first deal in South Eastern Europe, the acquisition of SBB/Telemach Group from Mid Europe Partners, which involved partners from seven coun-tries in the region
- Advised eBay on European expansion, including e-commerce, e-payment, data protection and market entrance advice.

Energy and Utilities
- Advised Statoil on one of the biggest North Sea transactions of the last decade, the divest-ment of UK and Norwegian Continental Shelf assets to OMV for $2.65bn
- Advised Channel Islands Electricity Grid, a joint venture between Jersey and Guernsey Elec-tricity, on adapting their framework arrangements for the procurement of electricity inter-connectors with France, together with a new inter-island link
- Advised a consortium led by Cheung Kong Infrastructure Holdings Limited (CKI) on the HK$9.7bn (€940m) acquisition of AVR Afvalalverwerking, the largest waste processing company in the Netherlands.

Finance and Insurance
- Advised Deutsche Pfandbriefbank AG (PBB) and Landesbank Hessen-Thüringen (Helaba) on the financing of a portfolio of logistics centres across Europe
- Advised SCOR Global Life Reinsurance on the 50% quota share reinsurance of €1.4bn of longevity/mortality risk hedged by the Dutch insurance group, Aegon; the remaining 50% of the risk was transferred to a capital markets investor
- Advised Metlife on the largest and most complex insurance sector reorganisation ever to take place in Europe.

Lifesciences
- Adviser to a global pharmaceutical company on commercial activities across Asia-Pacific. Led from Beijing, the deal followed the creation of a Lifesciences Asia-Pacfic Network (LAN), a 700 lawyer, 15-office network across China, India, Indonesia, Singapore, Thailand and Vietnam
- Advised PGT Healthcare LLP (PGT) on its partnership with Swisse Wellness, a global Aus-tralian health brand, to market and distribute its products across the world.

Dispute resolution
- Representing Nestlé in High Court litigation against Cadbury and Kraft Foods UK concerning the infringement of trade marks for the appearance of ROLO chocolates
- Advised the leading Austrian baking company, Backaldrin Kornspitz, in relation to a high profile trademark dispute at the European Court of Justice
- German team became the first tenant from Continental Europe to join Arbitration Chambers in Hong Kong. This is the first project of its kind in China and the Chambers bring together experts in international arbitration.

Founded in 1999, CMS is a full-service top 10 international law firm, based on the number of lawyers (Am Law 2013 Global 100). With 58 offices in 32 countries across the world, employ-ing over 3,000 lawyers, CMS has longstanding expertise both at advising in its local jurisdictions and across borders. CMS acts for a large number of Fortune 500 companies and the FT Europe-an 500 and for the majority of the DAX 30.