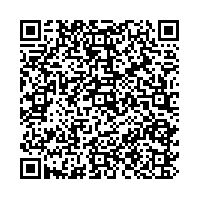 (PresseBox) ( Rödermark, 10-10-11 )
CeoTronics AG Audio Video Data Communication (ISIN: DE0005407407), Adam- Opel-Strasse 6, 63322 Rödermark, Germany, listed in the Prime Standard segment of the Regulated Market on the Frankfurt Stock Exchange and in the "DAXplus Family Index", generated consolidated revenues of €3,018 thousand in the first quarter of fiscal year 2010/2011 (the summer months of June, July, and August) in accordance with IFRSs (previous year: €2,822 thousand). These are the highest firstquarter revenues in the past three fiscal years.

Clearly positive revenue developments compared with the previous year were recorded by CeoTronics AG (+26.1%), CT-Video GmbH (+33.1%), CeoTronics Switzerland (+58.9%), and CeoTronics U.S.A. (+83.6%) - in each case after consolidation and translation to euros.

The special effects (consultancy costs in relation with the segment change, DPR process, etc., and exchange rate losses) in Q1 2010/2011 amounted to well over €100 thousand. Without these special effects, the administrative costs (these also include the consultancy costs) would have not changed compared to last year and the consolidated result in Q1 would have been much better.

The consolidated order backlog as of August 31, 2010 fell, as expected, by 52.4% compared with the prior-year figure. The prior-year comparative figure was unusually high as several major orders were recorded in the first quarter of 2009/2010. The largest single order in CT-Video GmbH's history, worth approximately €1.5 million, deserves mention here.

In September 2010, the German Armed Forces also decided to order CeoTronics products and services amounting to approximately €600 thousand. In addition, CeoTronics was commissioned by the federal states of Berlin and Thuringia to supply a total of 150 CT-Bluetooth Adapters.

The number of staff (including trainees) decreased from 157 (previous year) to 154 as of August 31.

"The revenue development and results for the first quarter (summer months of June, July, and August) in fiscal year 2010/2011 are in line with our expectations. We currently expect CeoTronics to overcome the effects of the global economic crisis by the beginning of the new calendar year. In fiscal year 2010/2011, which ends on May 31, 2011, CeoTronics plans to generate a significant year-on-year increase in consolidated revenues and positive consolidated earnings. In keeping with tradition, CeoTronics expects to issue more concrete revenue and earnings forecasts for the current fiscal year in January 2011 at the time of publication of its interim results for the first half of the year," said Thomas H. Günther, Chairman of the Board of Management.