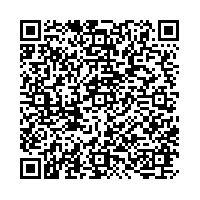 CeoTronics identified a need to charge impairment losses due to current business growth and future prospects at CeoTronics, Inc., U.S.A. As things stand today, CeoTronics, Inc.'s current business growth and prospects for fiscal year 2010/2011 do not appear to be sufficiently positive to support the original planning, due among other things to the fact that the market launch of new products is expected to be put back (as a result of delays in approvals by the U.S. authorities), the training of new sales team members, which is a timeconsuming task for sales management, and the development of a stronger indirect sales channel.

The consolidated order backlog as of the reporting date increased by 7.9% as against the prioryear level to €2,409 thousand. Incoming orders in the fourth quarter of fiscal year 2009/2010 were up 44.6% year-on-year.

Fiscal year 2009/2010 was impacted by the effects of the global economic and financial crisis, which while they did not occur immediately were all the more severe, further delays in the switch to digital radio in Germany and Northern Europe, and the calling of a halt to the German Armed Forces project worth a total of approximately €4 million due to budget restraints.

In addition to these unforeseeable external negative influences, CeoTronics faced the expected return to normal of its business in Spain, Switzerland, and the Benelux countries, following the substantial investments made in the switch to digital radio in previous years.

CeoTronics, Inc.'s current business growth and prospects for fiscal year 2010/2011 do not appear to be sufficiently positive to support the original planning, due among other things to the delay that is, unfortunately, likely to occur in the availability of new products - including ones aimed at additional new customer groups - the training of new sales team members, which is a timeconsuming task for sales management, and the development of a stronger indirect sales channel.

As CeoTronics U.S.A.'s balance sheet assets were largely written down as a result of this onetime factor, no material effects are expected on longterm earnings in the coming years due to additional writedowns.

In addition to positive revenue and margin trends, the U.S. dollar exchange rate also had a positive effect on earnings in fiscal year 2009/2010. Without the onetime factor mentioned above, this would have resulted in a profit for the year of USD 16 thousand for CeoTronics U.S.A., a significant improvement on the previous year (USD -232 thousand).

CeoTronics AG continues to see earnings potential in the U.S. market. However, for the reasons given it is taking a more reserved view on the time required to realize this.

"The Board of Management analyzed in detail the order forecasts, project lists, and the order backlog (including orders placed/batches drawn down for the switch to digital radio in Berlin, Thuringia, and Hamburg that will be delivered and invoiced in Q1 and Q2 of fiscal year 2010/2011) and addressed the economic trends and budgetary position of the publicsector customers in CeoTronics' priority markets. The results of this forwardlooking assessment are positive, assuming that no unusual and currently unforeseen circumstances impact our assumptions. It appears sufficiently likely that CeoTronics will be able to significantly increase revenues and generate positive earnings again in fiscal year 2010/2011. Equally, we are currently expecting our business performance in fiscal year 2011/2012 to be positive, with rising revenues and profit for the year. CeoTronics is well positioned for the upturn," said Thomas H. Günther, Chairman of the Board of Management.

13 Of The Best Junior Miners Handpicked By The Critical Investor